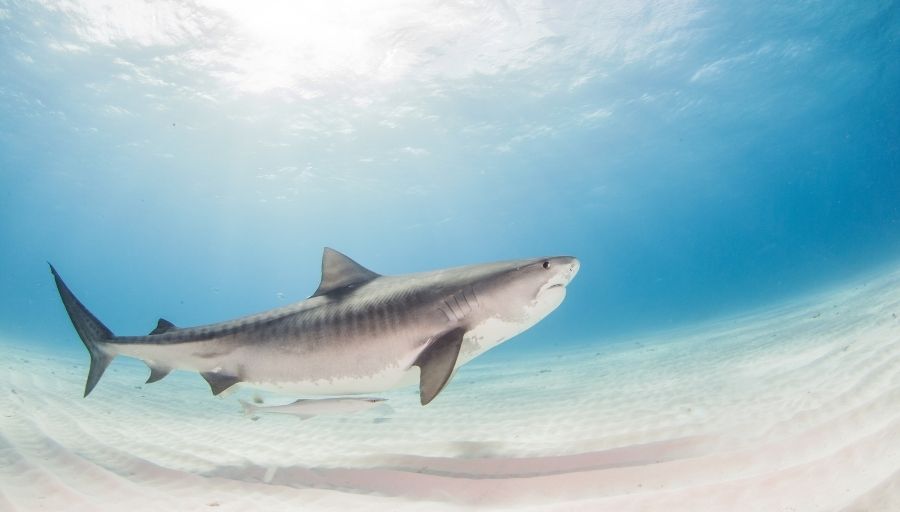 There is a common belief that calmness at beaches and at oceans indicates impending storms. For many, the quiet, peaceful environment brings enlightenment, and observing sharks jump out of the water is a cherished memory. However, as you dive deep into the waters, either to explore the underwater world or to examine the species, it’s not so calm, but you hear many different voices at the same time.

The first thing that comes to mind when we hear the horrible sound underwater is whether the sharks are making the noise due to their giant size and dangerous nature. Throughout the world, sharks live in oceans where they have inhabited for millions of years. In fact, many of the species of sharks are apex predators, so they are actually ruling the marine world. Remember that there are over 500 species of sharks found, and they all vary in sizes, shapes, colors, attributes, and traits.

As scary as the species of sharks are, the horrible noises underwater are no less. Given that sharks are top predators of the ocean, it’s common to think if they are making the sound. But do sharks make noise, or is it just another myth regarding the species? Well, we need to find out.

Looking at sharks’ autonomy and senses, it seems like they have all the abilities to make noises but do they really do it? The answer is no, and it is because they generally do not have the organ that is needed to produce sound.

As ambush predators, sharks, on the whole, prefer a quiet environment. They glide effortlessly through the water, making no sound at all, and it’s in their best interests to stay quiet to surprise their prey with an instant attack.

It is also true that sharks are typically lone wolves, meaning that they have a habit of living and hunting alone, not putting much effort into socializing, and, perhaps, for that reason, don’t need to communicate or to make noise.

With all that said, sharks are mysterious and amazing creatures, and you may never know in the true sense what they are capable of. A great deal of research is being carried out to better understand the sharks’ features and capabilities, which explains why sharks are one of the most misunderstood species.

There are certain reports, however, claiming to have heard shark species bark like dogs or emit a deep, mysterious growl. Let’s see what the truth behind it is.

Several reports have been made out of New Zealand regarding a shark that barks like a large dog attracting the attention of New Zealanders for its sound-producing proclivities. These reports, surprisingly, are said to be true since there are a few hidden species of sharks that growl or make noises similar to the barking dog. This shark is known as the Draughtsboard Shark, but no one really knows how it is able to make such noises.

To your surprise, swell sharks and whale sharks also produce some kind of sound, but you cannot call it to be vocals. Check out here the kind of sound you can expect from sharks.

There is no doubt that sharks are incredible marine creatures; however, they lack the physiology or, it seems, the drive to make any noise as they move through the ocean. While there have been reports of swell sharks making burping sounds and Draughtsboard Sharks barking sounds, you cannot really consider these noises as shark vocalizations.

We find that sharks are always a mystery, and the more we study them, the more we discover about them.