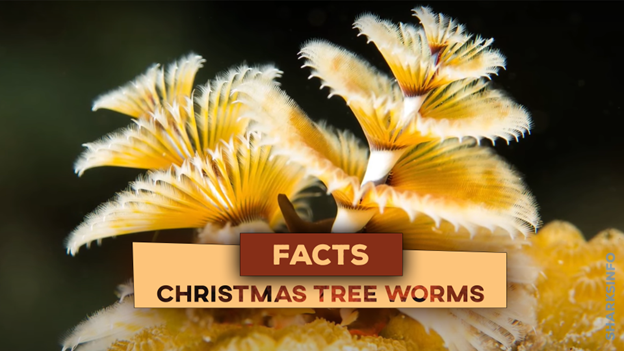 The Christmas Tree Worm is a sort of marine worm that is commonly found in tropical waters worldwide. These beautiful creatures get their name from their long, spiraling bodies that resemble Christmas trees. Some may find its colorful spirals visually appealing, while others may be fascinated by the way it bores into coral and builds a tube-like home for itself. These species are also popular among saltwater aquarium hobbyists.

A fascinating animal species is so intriguing that it allures the learner to discover more. So stay with us as we are about to discover the Christmas tree worm facts, habitat, diet, conservation, and more.

Everything you need to know about the Christmas tree worm

Its spindly appearance resembles that of a fir tree, which is why it is called the Christmas Tree Worm. Tropical waters are home to colorful Christmas tree worms, which pop out of their tubes and decorate coral reefs like adornments.

Their spiraling structures give them the appearance of trees. They measure between 1-2 inches (4-5 cm) in length. Because of their tiny size, these creatures weigh just a few ounces. Their feathery parts take on a variety of colors, including pink, red, yellow, and blue, as well as white and brown.

Between the Caribbean and Indo-Pacific lies the tropical ocean, home to the Christmas tree worm. The Christmas tree worm prefers coral habitats, including stony and brain corals, after completing their larval lives. Colony density varies from one or two worms to more than 100 worms per coral head, depending on the size of the parents and the health of the coral. The larva constructs a permanent home in the form of a calcium carbonate tube once it has selected a coral.

Christmas Tree Worms are filter feeders and use their specialized feeding apparatus to collect food particles from the water column. Their diet consists of plankton, organic detritus, and small microorganisms. Their spiraling structure is covered with hair-like bristles, which assist them in trapping and swallowing food.

When reproduction time comes, female worms release eggs whereas sperm are released by male worms. Larvae develop from fertilized eggs, settle onto coral heads, and begin burrowing in to make their homes in the coral.

While these colorful creatures aren’t in danger of extinction, they do face serious threats. The bleaching of coral reefs and ocean acidification, as well as the rise in sea temperatures, directly impact their survival. Due to the species’ widespread distribution and relative commonness, it is not subject to conservation efforts.

The Christmas tree worm (Spirobranchus giganteus) is a brightly colored segmented worm that is commonly found in tropical waters. They create their own little homes by drilling into the coral with their powerful jaws. Once they have bored a hole, they line the inside with a mucous tube which they use to filter food from the water. Christmas tree worms are very important to the health of coral reefs as they help to aerate the coral and keep it free from sediment.