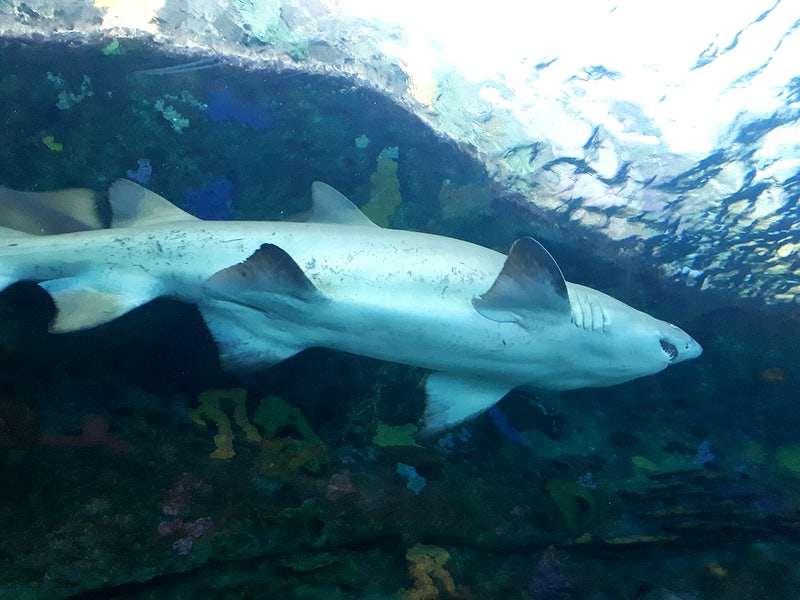 While we see land animals taking a long nap, we wonder about marine life and especially about sharks, who are said to need to swim continuously to stay alive. But how accurate is it, and how do sharks sleep if they can’t stop swimming?

As humans, we believe that all living creatures need some time to sleep; however, the sleeping behavior and the time can be different for all.

It’s important to know what the truth is about sharks and particularly about their sleeping behavior; if you are curious and want to find out, read this article all the way through, and you will get it all.

Starting with the most asked question about sharks, do they sleep? Well, of course, yes. But, their sleeping manners can vary with species. With over 500 species of sharks, not all live the same way, and the same applies to sleeping time and strategy. However, it’s evident that all sharks need some time to take a rest.

Sharks sleep, sometimes while their eyes are wide open. Therefore, you may cross a shark without it even noticing you, but be aware that you never know whether it is actually sleeping.

Do sharks need to be constantly swimming?

Almost 500 different species of shark exist, and some of them move almost constantly to keep the water flowing over their gills to breathe. It is crucial to their survival that they maintain the flow of water over their gills so that they can live. If they stop moving, they will cease to receive oxygen from the water, and as a result, they will die.

These types of sharks have been referred to as obligate ram ventilators for the reason that they draw water into their mouths and eject it out via their gills. The sharks in this category include the most famous, the great white shark and the hammerhead sharks- they need to be swimming at all times to stay alive.

Aside from these sharks, the other species do not need to be constantly on the move, thanks to the spiracles and buccal pumping. The breathing mechanism of these sharks is different from the obligate ram ventilators sharks. Nurse sharks as well as sand tiger sharks, for instance, can stop swimming at any time.

Spiracles: The fins of a shark have spiracles, openings on the outside of the trachea, which allow them to breathe while submerged on the seafloor and remain at a particular location for a while.

Sharks having either buccal pumping or spiracles can sleep while staying stationary, but for the sharks that need to be on the move, they do also sleep but in a much different way. This brings us to our main topic: how will the sharks sleep if they can’t stop swimming. Below, you will have the explanation.

How do sharks go to sleep if they can’t stop swimming?

While it’s obvious that sharks need to rest no matter which species they belong to, it’s hard to apprehend how they will sleep when they need to keep moving at all times.

As mentioned earlier, the sharks that can’t stop swimming do sleep, but their sleeping pattern will be much different. Instead of falling into a deep sleep, as we might expect, they go through periods of being active and less active. As a result, they are able to rest part of their brains while still remaining awake and conscious.

Some studies, on the other hand, have shown swimming may not be controlled by the brain at all; instead, they believe that the spinal cord is responsible for giving sharks the ability to swim. This means that sharks who need to swim to survive may actually enjoy restful sleep as their bodies continue to move.

The next thing you can study here is how long does a shark sleep?

When do sharks sleep?

Do sharks have a specific time period set for sleeping just like humans do? Not exactly. As said earlier, the sharks take several periods of active sleep; there is no particular time defined for how many sleeping periods sharks take.

Furthermore, sharks do not necessarily prefer to sleep during the day or night but do so as their instincts dictate. Do you know if sharks have a 6th sense?

The type of resting a shark gets varies by species; however, sharks, unlike humans, do not seem to go into a deep sleep while sleeping. As for the sharks that can’t stop swimming, they do take rest periods while activating a part of their brain and giving rest to the other part. However, researchers are still undertaking research to learn more about the sleeping habits of sharks, in particular the sharks that can’t stop swimming. Do check out what makes the brain of the shark so unique?