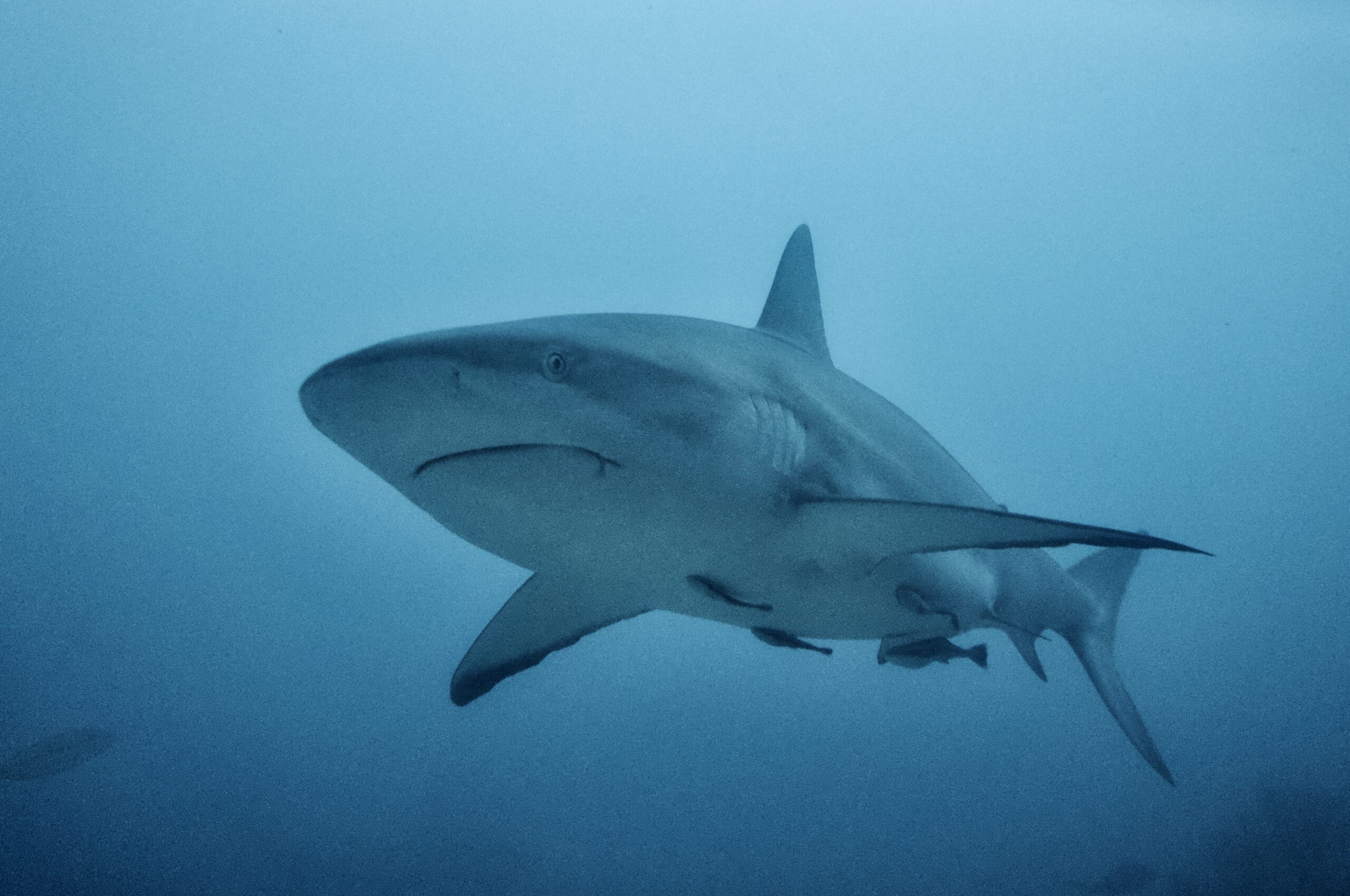 Even though great white sharks are deadly, we would never want to miss the chance to experience them since their giant body structure and shape make them so noticeable. Sharks are incredibly amazing creatures, and when it comes to great whites, it adds more inquisitiveness knowing the fact that great white sharks are the most dangerous and are held accountable for most shark attacks on humans. It should come as no surprise that since they are the largest predatory sharks, they are very heavy. But how heavy is a great white shark? Let’s get to know about it.

Recognized as mighty killers, great white sharks have been dwelling in the world’s oceans for thousands of years, and ever since, they are dominating the marine world as top predators. Their jaw strength and razor-sharp serrated teeth give them the power to tear apart anything and everything that comes in their way. From dolphins, fish, large mammals, and sea lions to other sharks, great white sharks have a diverse diet.

By reaching the maximum size of around 20 feet, the great whites are identified as the largest predatory sharks in the oceans; however, they are not the largest among all species. The title goes to the whale sharks, but when it comes to their feeding habits, they mainly rely on planktons.

There have been over 500 species of shark discovered so far, and the underwater world still needs to be explored, so there might be hundreds more shark species to be discovered in the years to come.

Possessing predatory behavior, the large body size, and knowing that the great white sharks are capable of swimming at speeds of 25 kilometers per hour and can even leap out of the water, it surprises how much they will weigh. It is believed that the weight will be more than thousands of kilograms, but what actually is the figure? Let’s find it out.

Also known as the white pointers, the great white sharks are extremely dangerous to humans due to their aggressive behavior, and this is one of the reasons you won’t find great whites in public aquariums.

Much has been said about the great whites weighing around thousands of pounds considering their giant body size, but little has been known about their actual weight. But this time, let’s get the figures straight.

Before we look at the numbers, know that female species are slightly larger in size than the male species, and therefore, the same would be the case for weight.

An adult male great white measures about 11 to 13 feet, while a female measures 15 to 16 feet and weighs between 1150 and 1700 pounds on average. However, most species will weigh anywhere between 1200 pounds to 4000 pounds. Nevertheless, one of the heaviest great whites was estimated to weigh more than 2.5 tons, which equals over 5000 pounds.

With that said, the figures make the great white sharks the heaviest predatory sharks in the oceans. However, we do have some other shark species heavier than the great whites. As for the size, the whale sharks also exceed in terms of weight. Also, we have the basking shark, which is another filter feeder shark, exceeding in weight and size with respect to the white pointers.

When it comes to predatory fish, great whites have no competition. With this much size, you might want to know how much the species eat in a day. So, do check out how much does a great white shark eats.

Do you know about the largest white shark ever reported? Check out here.

The size and weight of this giant species have been known, but let’s learn a bit more about the behavior and conservation status of this species.

Do not be mistaken about this and jump into the water; white sharks are not friendly but an aggressive and assertive species with such a strong bite force that it will not take a second for them to tear apart humans into pieces. It has a reputation of being a man-eater, and rightly so when you look at the number of shark attacks on humans.

The fact that they are aggressive does not imply that they should not exist but rather that they play a vital role in maintaining the balance of the ocean. But, we as a society do not seem to be concerned about it. Though great white sharks are dangerous, we are more threatening to them as we target them for a variety of reasons.

Thousands of sharks are killed each year out of fear or to get their fins, meat, liver, and other parts. Along with other species, the great white shark population has declined significantly in recent years, so much so that the IUCN Red List has declared the species as vulnerable.

The extinction of this amazing creature would not bring in any benefit but a great loss for all, not to mention the chaos it would turn into.

Sharks are amazing creatures of the world, and it fascinates how they have been able to dominate the oceans for centuries. With hundreds of species, great whites are not the largest predatory fish but are also the heaviest, weighing anywhere between 1500 to 5000 pounds.

Nonetheless, white pointers are amazing in themselves, and the more you know about them, the better you will understand the creature. Do not keep the info to yourself, but share it with shark enthusiasts.