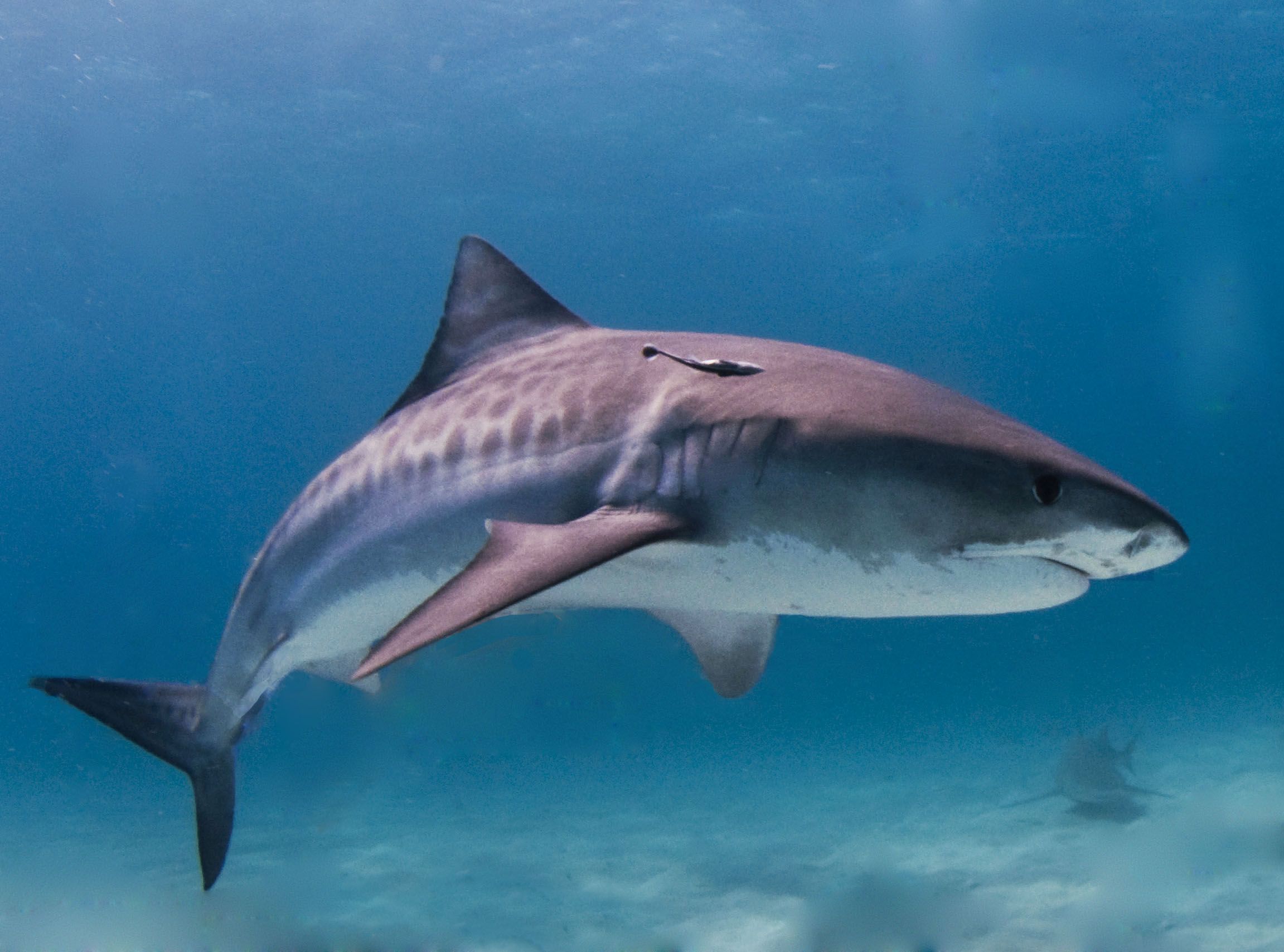 Tiger sharks – are one of the most notorious and potentially hazardous species of sharks that are found living in the tropical and subtropical warm waters of the marine oceans. Tiger sharks are also named Leopard sharks because the vertical pattern of the stripes on the side of their body looks like the patterns of the stripes on the leopard’s body. Let’s go deep into the article to explore more amazing information about tiger sharks.

What is the taxonomic classification of tiger sharks?

The shark’s species belong to a Chondrichthyes class and order Carcharhiniformes including 270 different species of sharks such as Bull shark, Black-tip Reef shark, and Gray Reef Shark as the main member of their order. However, tiger sharks belong to a genus of Galeocerdo – the only member of the genus.

Where in the world do Tiger sharks live?

Tiger sharks are distributed worldwide in tropical and subtropical regions and seasonally migrate towards the temperate regions. Over the globe, Tiger sharks have been found living in the open waters of the Pacific Ocean, North America, and the Gulf of Mexico. They have also been spotted near the coast of South America, Australia, China, India, Africa, Indonesia, Sri Lanka, Thailand, Maldives, and Vietnam.

Depending upon the season, the Tiger sharks exhibit migratory responses. In the summer season, they travel from tropical waters to temperate habitats and when the winter arrives, the sharks move back from temperate habitats to tropical waters. However, they are mostly found swimming at depths ranging from 150 to 460 feet. They are also found swimming near the insular and continental shelves, in estuaries and harbors.

The tiger sharks are grayish with black stripes which disappear when they reach the adult stage and white to yellowish underneath the belly. They have a slender body with a large head with a small blunt snout and serrated comb-like sharp teeth which are the same in both upper and lower jaws. They have an average length of 10 to 14 feet and weigh 850 to 1,400 pounds.

However, the largest Tiger shark ever recorded can have a maximum length of 7.4 meters and weigh up to 900 kg. The skin of Tiger sharks resembles that of land tigers and helps them to camouflage in the ocean habitat.

What do Tiger sharks eat?

Tiger sharks are famous for their voracious appetite, they are the apex predatory animals that feed on almost everything. They are mostly nocturnal, meaning they actively hunt at night hours. The sharks feed on small fishes, sea birds, sea snakes, squids, mollusks, sea turtles, small sharks, marine mammals, marine iguanas, and jellyfish. The sharks are also titled scavenging fishes because the examination of their stomach content has revealed various objects such as ship garbage including license plates, old tires, and animal antlers.

How do Tiger sharks reproduce?

Yes! To some extent. Human activities such as hunting the sharks for liver oil and fins lead to the decline in the population of giant creatures in the ocean. Habitat destruction, overfishing, pollution, and climatic changes are the other prominent factors that greatly affect the shark population. Under these circumstances, the Tiger sharks are listed as a nearly threatened species by the International Union for Conservation of Nature (IUCN).

The Tiger sharks are named so because they look like land tigers having a black pattern of stripes on the skin. Scientifically, they have been named Galeocerdo cuvier, belonging to the genus Galeocerdo Adult sharks can grow to a maximum length of 10 to 14 feet and weigh 850 to 1,400 pounds.

They feed on small fishes, sea birds, sea snakes, squids, mollusks, sea turtles, small sharks, marine mammals, marine iguanas, and jellyfish. However, the species have been listed as near threatened by IUCN. So proper management programs are needed to conserve the exceptional creatures of the ocean.