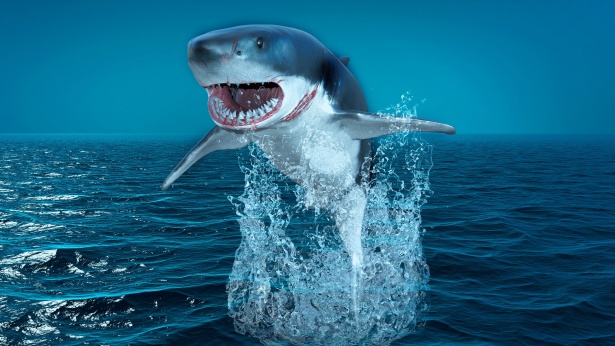 Spotting a shark hopping out of the ocean water is a breathtaking view to look at, but unfortunately, very few people are lucky to witness the sight. Although the remarkable ability of sharks to jump out of the water is not common in all species, only a few of them are able to leap out. If you have never seen sharks breaching out then you must be curious to know whether sharks are capable of jumping out of the water or if it’s just a myth. If it is so, then how high they can go? Read on to find your answers.

Sharks jump out of the water – how?

Sharks jump out of water – why?

How High Can Sharks Jump?

The jumping of sharks out of the water is not a very common activity. Out of 500 species of sharks, only a few of them are capable of jumping out of the water. Typically, the height of the jump does not surpass 6 to 10 feet but the highest jump of sharks recorded till now is 15 feet in the air.

Which Species Are Capable of Breaching Out of the Water?

Any guesses? Which species of sharks make the highest leap?

Well, let us help you out here.

Normally, White sharks can jump about 8 to 10 feet in the air but when they are in a mood, they surf a lot of energy and can jump to the height of 15 feet. Amazing! Do you want to see them jumping? Then you must visit Seal Island near False Bay, South Africa where they jump regularly.

Other than Death sharks, the listed species can breach out as well:

Where Can We Spot Sharks Breach Out of the Water?

All over the globe, sharks have been found swimming and floating deep in the ocean water. Nevertheless, there are a few places where you can watch sharks leaping out of the water which are listed below:

Like dolphins, sharks are also able to jump out of the water in the open air for a few seconds. Not all shark species are capable of breaching out but only a few of them have the ability of jumping. On average, sharks can jump between 6 to 10 feet but the highest jump made by sharks recorded ever is 15 feet high and the shark species which has an exceptional capability of jumping so high is none other than The Great White shark. Sharks leap out of the water to grab their prey, to escape from danger, or sometimes only for fun.