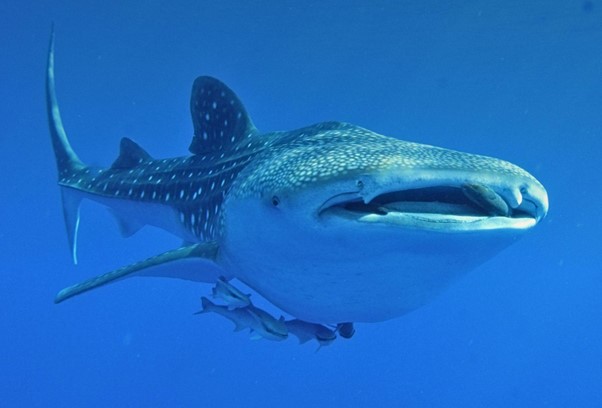 Great white sharks – the apex predator of the oceanic world and the longest lived creature among all the marine animals. But you would not be able to pinpoint the exact age of great white sharks just by looking at them, researchers are trying to find out the average lifespan of white sharks because no accurate data about their age has been reported!

Unfortunately, the longer period of living means that the sharks need more time to reach the maturity level, due to which their population has now become more and more crumbly. For many years, people continued to hunt these awesome creatures of the ocean for their teeth and fins, thus the great white sharks are categorized as susceptible species. Let’s find out more about the life expectancy of the Great White Shark!

In actuality, the great white shark lives for about 40 to 70 years. However, the conducted studies on this species resolve that the white sharks are the longest lived creature among the Chondrichthyan fishes and may grow at a very slow rate, that’s why they lived for a longer period of time than thought before. This means that great white sharks can live as long as humans, Interesting!

Why does living for a longer period of time make the Great White Shark a vulnerable species?

Until 2014, researchers thought that the great white sharks can live for about 25 to 30 years but the new studies suggested that they can survive for 40 to 70 years or even more. This leads to a slower growth rate and takes longer time to reproduce.

When the great white shark becomes mature, the fishermen hunt and kill them before they are able to reproduce, that’s why the International Union for Conservation of Nature (IUCN) has considered them as “vulnerable” species – one step away from being endangered. In many countries the fishing of great white sharks is completely banned because they are nearly threatened species.

How does a Great White Shark manage to survive for so long?

Sharks – the giant predators are loaded with enough weapons that enable them to survive for a longer period of time. The structures of sharks’ bodies, their spine, teeth, skin, backbone, gills and fins, all play a vital role and allow them to survive in the ocean.

The backbone of white shark is made up of cartilage that is so lightweight, which allows them to swim long distances, conserve energy, turn swiftly and move away from danger. These survival strategies allow them to live the tough life of the ocean for a longer time period.

If a great white shark will adapt various strategies to live for so long, is it possible to calculate their age? Let’s find out!

How can the age of the Great White Shark be estimated?

Another way to calculate the age is by observing the number of rings formed in the vertebrae of white sharks. One ring is formed in one year so by counting on the rings you call the age of the shark – just like the annual growth ring of the trees!

Recent researches about the survival period of great white sharks depicted that they can live three times more than they were previously thought, the white sharks were found living in the ocean for about 40 to 70 years just like the human age. In the end, we find out how the age of this incredible species can be calculated and how they manage to live such a longer period of time!