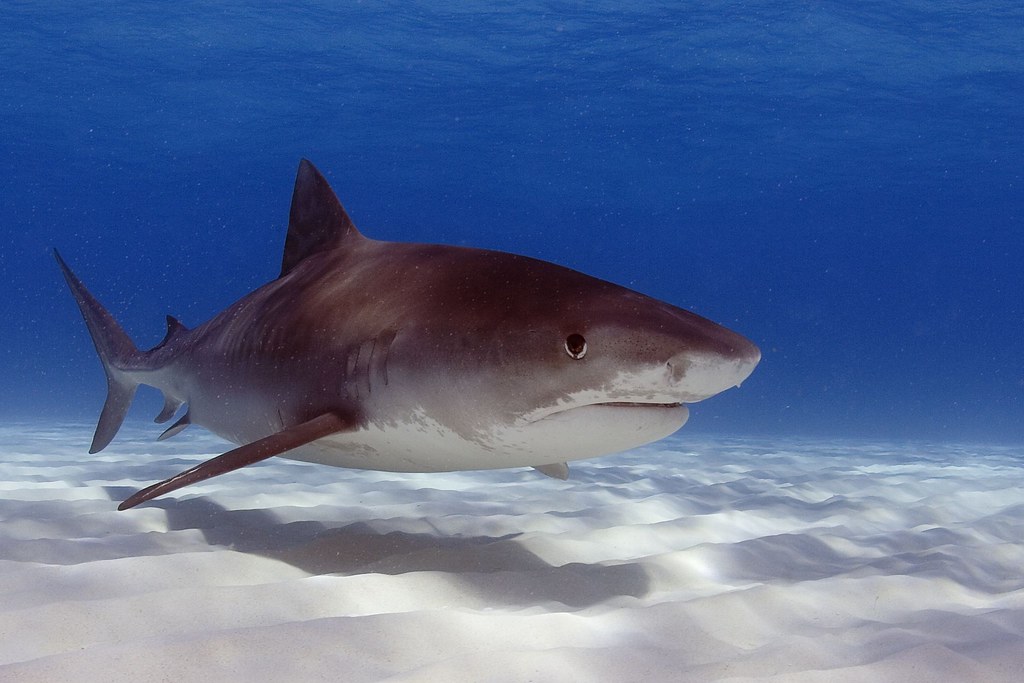 The presence of sharks maintains the balance of marine life in blue oceans. Maintaining the balance with competitors and getting rid of weak and sick animals helps to ensure that species diversity is ensured as well. Considering their importance, it may come to your mind that it’s not the job of a single individual shark. They are present in large numbers and have many different types.

Spreading around the oceans and the seas, it’s hard to determine the exact numbers when it comes to how many different types of sharks are there, but if we talk about the current figures, there are said to be more than 500 species of sharks in the world.

With that being said, each species is different from the other in terms of its appearance, behavior, and temperament. It’s a common perception that sharks are dangerous to humans, but it’s not true for all types. There are a few sharks you can have as a pet.

When we think of a shark, the picture that erupts in our mind is of a giant sized animal, but in reality, it comes in all different sizes. A small one can be the size of your hand, and a large one can reach the length of 23 feet or more.

Not only in size, but the types differ in all aspects, whether it comes to their food preferences and living habitat. All in all, you will see one kind or another all over the world.

While sharks have an undeserved reputation for attacking humans, most stay away from them, and this is one of the reasons you cannot find out the exact number of species. While there are more than 500 types of sharks, the most common are discussed below. You can also check out here the 15 most popular types of sharks around the world.

The types of sharks

Sharks are cartilaginous fish classified in the superorder Selachimorpha of marine animals. As sharks have no bones, they are related to stingrays of all sorts.

It is estimated that there are more than 500 species of sharks in the world, and they come in an incredible variety of sizes and shapes. The great whale shark (Rhincodon typus), which reaches a length of 39 feet (12 meters), is known as the largest shark. On the other hand, with only 8 inches in length, the dwarf lantern shark (Etmopterus perryi) takes the title of smallest shark.

Having more than 500 species, they fit in one of the eight categories we have called orders.

With that, let’s explore a few more common types of sharks we have and what orders they lie in.

Around 50 percent of the sharks fall in this order as they are also known as the ground sharks. The common characteristics of this trait are that they typically have five gills, a wide mouth with sharp teeth, two dorsal fins, and a membrane.

The famous sharks included in this group are tiger sharks, catsharks, bull, hammerheads, blacktip reef, and lemon and dusky sharks.

When it comes to this order, only a handful of species fall into it. Its size is small, averaging about 5 feet long, with pig-like snouts and small spines on its fins, giving it a peculiar appearance. The species lives on shallow seafloors of the Pacific and Indian Oceans, where they hunt for hard-shelled prey by using sharp and flat teeth.

The shark species in this order are bullhead sharks, port Jackson, and horn sharks.

Sharks with skeletons like those of extinct ancient sharks, which can only survive in very deep water, are the most primitive shark species on earth today. Hexanchiformes belong to this family. They prefer to live in deep waters and what distinguishes them from other types is that they have six or seven-gill slits and a single dorsal fin.

The sharks in this order include the cow shark, broad nose, blunt nose, and frilled sharks.

Lamniformes orders of sharks are also referred to as the mackerel sharks. The group contains a few of the popular species, and they tend to be common in shallow to deep water throughout the world. With five gills, sharp teeth, and two dorsal fins, they have the ability to maintain a higher body temperature. The family of Lamniformes consists of the great white shark, goblin, and basking shark.

The orders of orectolobiformes comprise the whale shark, zebra, nurse, bamboos, wobbegong, and carpet sharks. It is also the most diverse order of species among all. The appearance of their skin is often carpet-like, with five gills and two dorsal spins.

Their toothy saw-like snout is surrounded by sharp teeth, and they’re the easiest to identify as they tend to inhabit tropical coastal waters. The notable species of this order encompass the Japanese sawshark and African Dwarf sawshark.

Sharks of the order are remarkably diverse, ranging in size from the smallest (the dwarf lantern shark, which is only 8 inches long) to the largest (the 21-foot Greenland shark).

Angel sharks, which have flat bodies, are often confused with rays because of their flat appearance. They target small fish and squid and, as they appear, attack them with their sharp teeth.

With more than 500 species, it’s a challenge to determine the exact number of shark types. However, when you see them in order, almost all of them will lie in one of the eight groups as discussed above. Want to have a glaze, find out about the Shark’s Cove and where sharks are found in Florida?