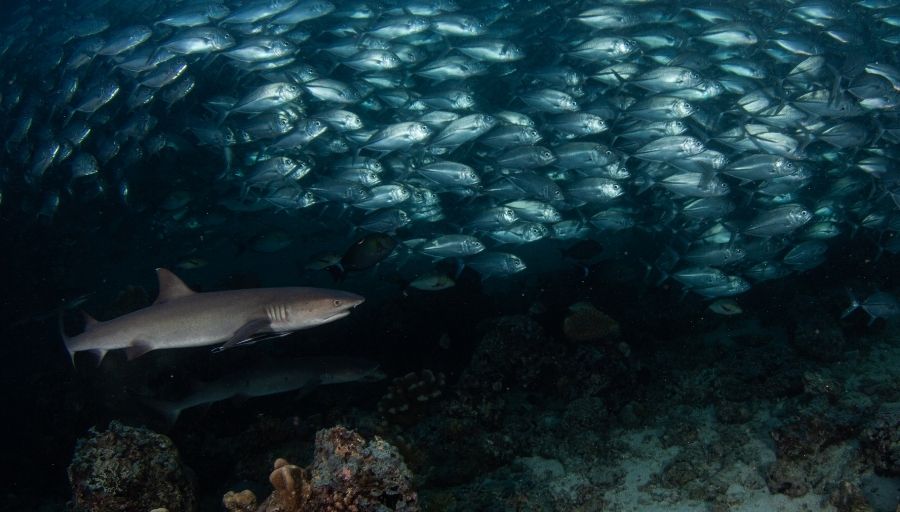 Sharks’ reputation as mindless killers is based on the idea that they kill or tear apart anything that stands in their way, including humans. However, this isn’t the case in reality. Sharks, however, are incredibly intelligent despite their widespread misapprehension. Nevertheless, scientists have recently developed a keener interest in the lives and behavior of these fearsome species. As a result, it could be argued that these fish exhibit a similar degree of intelligence as dolphins. Well, people are in doubt, and this brings us to talk about in detail how smart or intelligent sharks are.

Sharks don’t just exist to kill people or other marine creatures; they also contribute to maintaining the marine ecosystem. In fact, as top predators of the oceans, they have a vital role to play.

Since sharks play such a crucial role in providing us with healthy blue oceans, there is no doubt in saying that sharks are smart and intelligent sea creatures, but to what extent can be determined is the question. So, without any more thoughts, let’s get to the point.

How smart or intelligent are sharks?

A shark’s intelligence depends on how you define it, but in general, sharks tend to have larger brains and can behave in more complex ways than most people think.

Sharks’ complex behavior, social learning, ability to identify prey, and many other features reveal sharks aren’t just here to kill mindlessly, but they do have a brain, and their brain is sure to stand out as one of the most unique in the world. Check out how sharks’ brains work.

Moreover, the sharks migrating behavior explain sharks are smart enough to choose and make decisions based on the current conditions.

Their complex behavior doesn’t just involve migrating across long distances repeatedly and hunting large prey, but also complex social interactions with people they are unlikely to randomly associate with. As a result of their social learning abilities, they can even learn new behaviors by watching another member of their species demonstrate them.

Then there come people who differentiate between smartness and intelligence and take both as different domains. While they may believe that sharks are smart, are they intelligent too? We have some important points to share.

A lot of people are under the impression that sharks are stupid creatures, but little do they know that they are highly intelligent. Sharks not only have a profound sense of socialization but also a highly developed sense of smell and hearing. It is how they see and hear underwater that helps them locate prey from a far distance. Aside from that, sharks possess two distinct senses known as lateral lines, liable for telling a shark to prospective prey and predators and electroreception which allows the sharks to sense electric fields.

According to reports, sharks have several cognitive abilities, including the ability to solve problems and remember puzzle answers for a year or more!

All in all, sharks exhibit a wide variety of intelligence-associated behaviors, so it can be safely assumed that they are smart and intelligent.

No matter what you think of the sharks when you look at the characteristics, attributes, and traits, all will prove the species are highly intelligent and smart. They know what to eat, whom to attack, and where they may face danger. Even some species of sharks exhibit complex social behavior, including communication through body language and living in groups.