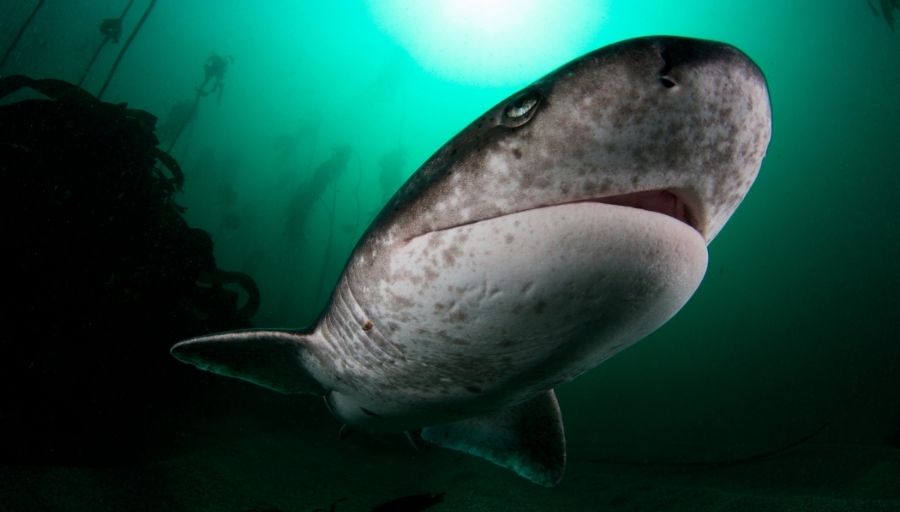 Going back to prehistoric times, the Cow sharks have been considered the ancient group of sharks belonging to an order Hexanchiformes. The fossil records of Cow sharks depicted that the specimen is somehow related to the modern-day Seven-gill sharks. The members of Hexanchiformes differs from the other species of sharks in having 6 to 7 gills whereas other sharks usually have 5 pair of gills. To learn more about these ancient sharks, go through the article to find out the mysterious facts regarding their living habitat.

What is the origin of Cow sharks?

According to the fossils records, the genus Hexanchus of the Hexanchiformes first appeared in the Late Cretaceous whereas the genus Notorynchus appeared in the Late Paleocene era. The reports suggested that the shark species did not change in appearance for 60 million years. However, few species of modern-day sharks such as the Blunt-nose seven-gill sharks and the Broad-nose six-gill sharks show some resemblance to these ancient sharks.

What habitat do Cow sharks prefer?

The species of Cow sharks prefer to live in the deep warm waters of tropical and temperate regions of the Pacific Ocean, Indian Ocean, and the Atlantic Ocean. The sharks are deep swimmers and can dive at the depth of 6,150 feet or 1,874 meters but usually, they are spotted wandering near the coastal line at the depth of 150 to 300 feet or 45 to 90 meters.

What are the characteristic features of Cow sharks?

Not much is known about these ancient species of sharks but according to some reported data, the following are the distinctive features of Hexanchiformes:

Body shape:  The sharks have long and slender bodies with tapering end from front and back. The species can grow in length ranging from 4.5 feet to 15.5 feet or 1.4 meters to 4.8 meters.

Eyes: The species of Cow sharks have small rounded eyes with blue-green fluorescent eyes which glow in dark.

Teeth:  The shape and size of teeth vary in upper and lower jaws. The upper jaws have small, pointed, and cusped teeth whereas the lower jaws have large and comb-shaped teeth.

Gills:  The gills are the most prominent feature of Cow sharks because they have 6 to 7 pairs of gills whereas other species of sharks have only 5 pairs of gills slits.

Which species of sharks are included in the Order Hexanchiformes?

Some of the well-known species of shark realm are classified under the category of Cow sharks which are listed below:

What are some of the interesting facts about Cow sharks?

Following are the fascinating facts related to members of Cow sharks:

1:  The family of Cow sharks includes 37 species divided into 10 genera.

2:  The fossil remains of Cow sharks are found first in the Jurassic Period.

3:  The species are oviparous which means the female lays eggs in the surrounding water and hatch after the completion of the gestation period.

5:  The sharks are bottom dwellers and feed on small fishes, rays, squids, crustaceans, and other small sharks.

Cow sharks are known as one of the most ancient shark species of the Late Cretaceous period. The fossil records collected in the Jurassic period depicted that they have 6 to 7 pairs of gills which resemble some of the modern-day sharks such as Bigeye Sixgill Shark, Bluntnose Sixgill Shark, Broadnose Sevengill Shark, and Sharpnose Sevengill Shark. Moreover, they are blessed with unique blue-green colored eyes, which glow in the dark. That’s all about Cow sharks, we hope that the article helps you to gain knowledge about the ancient species of sharks.