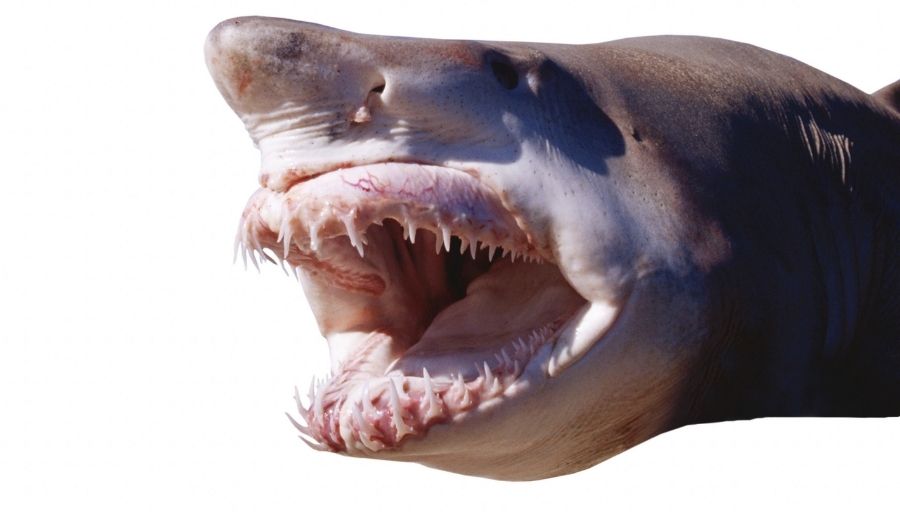 The real weapon that sharks have is their mouth. Like sensory organs and fins, the mouth of sharks had undergone effective evolutionary adaptations which made them the apex predator of the aquatic and marine ecosystems. Well, the two most important features which make the mouth of sharks the most effective part of their body are the jaws and teeth.

Sharks are one of the strongest creatures in the oceanic world because of their powerful jaws and teeth, but the question is what makes the jaws so strong? Let’s go into the detailed analysis of sharks’ jaws and teeth anatomy.

The Shark Jaw – What is it Made out of?

The jaws are made of cartilage but are quite denser and stiffer as they are impregnated with mineral salts such as Calcium phosphate and calcium carbonate as well as collagen proteins. The salt crystals and proteins make the jaws more flexible to easily catch the prey and harder to produce an extremely powerful biting force to tear up the bones and skin of the victim.

How Strong are Shark Jaws?

Well, the strength of jaws varies from species to species. Among the apex predator, the Great White shark is ranked at the top of the list with the strongest biting force, they can bite with a force of 4,000 PSI (pounds per square inch) or 18, 220 N. However, among the prehistoric shark, the Megalodon is known to have the strongest bite of about 40,000 PSI, which is 10 times stronger than the biting force of modern sharks.

What is the Anatomy of Shark Jaws?

The upper and lower jaws of sharks move independently because they are not attached to the head. The independent movement of jaws provides flexibility to their mouth and head to grab the prey easily. In general, sharks have more than 300 teeth arranged in 5 series and 15 rows, out of which only 50 teeth work efficiently at one time. The size, shape, and type of teeth are based on the type of prey and the feeding habit of the sharks.

Which Sharks have the Strongest Biting Force?

The teeth and jaws are the two remarkable tools that make sharks the apex predatory animal of the underwater world. The jaws are impregnated with salt crystals and collagen proteins which give the stiffness and flexibility of the jaws to catch the prey and tear it up easily. There are more than 300 teeth that are arranged in multiple rows in the jaws. The flexible jaws and sturdy teeth allow sharks to produce strong, powerful bites.