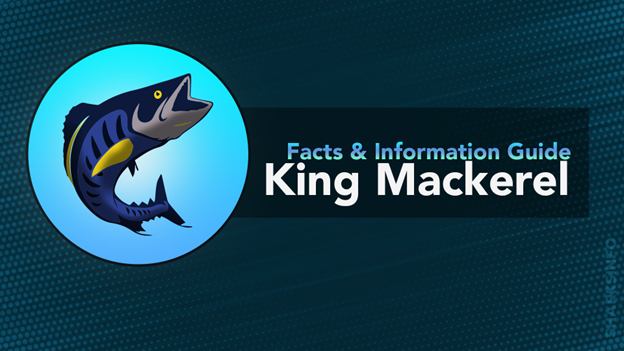 The King Mackerel is a highly in-demand game fish that is known for its speed, strength, and fighting ability. It is a popular target for both recreational and commercial fishermen and is considered to be a good food fish. Despite the fact that many of us would like to catch king mackerel, we are unable to recognize its appearance and characteristics and therefore mistake it for another marine fish.

Why not read the king mackerel information guide and better understand the whereabouts of the king mackerel? If you were looking for this, continue to read this piece of information as we explore the species, and as well as will let you know some amazing facts that will intrigue you more to learn.

King mackerel are a large, migratory species of fish mostly to be found in the Atlantic Ocean and the Gulf of Mexico. As the biggest member of the mack family, king mackerel are prized for their oily flesh, which is high in omega-3 fatty acids, and are a popular target for recreational and commercial fishermen alike. Their importance to the marine ecosystem cannot be overstated. Let’s find out the details you should know about this incredible fish species.

Silvery sides and gray backs distinguish King mackerel from other fish. A pale or dusky coloration can be seen on their fins. It has a dense covering of very small, loosely attached scales covering its entire body. During its juvenile stage, the kingfish has yellowish spots, similar to those of a Spanish mackerel, but they fade as the fish matures.

Atlantic Ocean regions, including the Caribbean and Gulf of Mexico, are known to be home to king mackerel.

They inhabit open waters near the coast, which makes them a coastal pelagic species. Warm waters are preferred by them, and they rarely enter waters below 68° F. They tend to live in depths ranging from 100 to almost 600 feet.

A change in water temperature and a change in food availability triggers the migration of king mackerel during the summer months.

Their food intake differs, conferring to their size and maturity, as king mackerel are opportunistic predators. Shrimp, mollusks, and squid are all common foods consumed by kingfish. It has been observed that they leap out of the water to pursue prey, which makes them voracious feeders.

Scomberomorus cavalla can live for more than 20 years, given that they are not targeted by predators or affected by environmental changes.

Evolution has evolved for females to grow larger than males in order to produce more eggs. An estimated 50,000 to several million eggs can be produced during the spawning season by this species.

The male sexually matures between three and two years after birth, while the female reaches sexual maturity after two years of age.

During the breeding season, the females release their eggs into open water, where the eggs are fertilized. In addition to hatching within 24 hours, king mackerel eggs grow at an incredibly rapid rate, protecting the young fish from predators.

The conservation status of King Mackerel is currently healthy, with populations remaining stable or increasing in many areas. As per the IUCN, the species is classified as the Least Concern. However, overfishing and bycatch are still a concern in some regions and affect the population. Management measures are in place in some areas to safeguard the long-term sustainability of King Mackerel populations.

The king mackerel is a highly marketable game fish that is known for its fighting ability and delicious flesh. Although it is found in waters all around the world, the king mackerel is most commonly associated with the Gulf of Mexico. This magnificent fish can weigh over 100 pounds, making it a true prize for any angler.