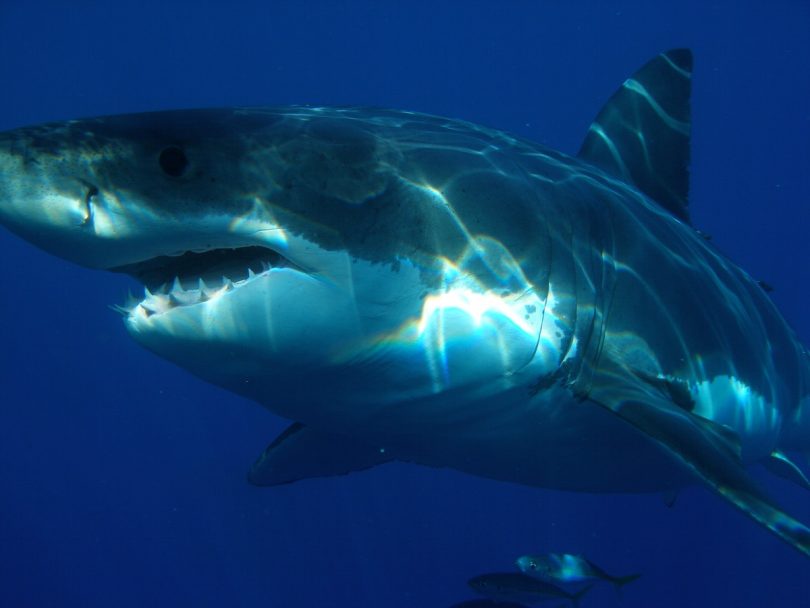 Among the hundreds of species of sharks, the two most well-known are the great whites and the Megalodon, and all for good reasons. Great whites are the largest predatory sharks alive today, whereas the Megalodon was the biggest species to be ever discovered in all ages. In today’s time, you may see many great white sharks dwelling in different oceans of the world, but Megalodon no longer exists as they went extinct about 3.6 million years ago.

The epitome of fear, the giant monsters, the man killers, all these titles we associate with sharks, fit with both species, the Megalodon and the great whites. Due to a lack of information, we often take these species as the same, sharing the same strength, power, and habitat, whereas, in reality, it all differs to a great extent. Below is a comparison of Megalodon compared to Great Whites, highlighting the differences between their specific characteristics and overall habitat in general.

Megalodon vs. the great whites

It was not so long ago that we lost the marvelous creature, an apex predator of the ocean, the Megalodon; however, the gap is now being filled by the great whites. Not to mention, as the top predator on the food chain, sharks contribute greatly to the balance of the ocean population. With that said, we need to see what difference it makes if we have the great whites instead of Megalodon as apex predators today. To get an understanding, let’s see how the species are different from one another.

A changing climate, fluctuations in sea level, and glacial expansion are responsible for the extinction of the megalodon, while illegal fishing practices and environmental pollution threaten the future of great white sharks.

Megalodons are bigger than great white sharks, but their appearance is somehow similar as they both are species of the order Lamniformes. The size is, in fact, the major difference between the species.

In contrast to great white sharks, which grow to an average length of 13 feet, reaching a maximum size of 20 feet, there is a belief that the Megalodon is larger than the average shark, clocking in at 60 to 70 feet, but some believe it reaches 80 feet.

As the size differs greatly, so is the weight. While the great white weighs around 2.5 tons, Megalodon was said to have over 20 metric tons of weight. That’s a huge difference in the size and weight of the species.

It is an important aspect since it defines the bite force and also determines the kind of diet the species takes. The Megalodon’s average tooth length exceeds 6 inches, while the great white’s average tooth length is just 2.5 inches. Clearly, they cannot be confused with each other based on their tooth size.

As with the big variance in tooth size, you can imagine the Megalodon bite force as compared to great whites.

Megalodon was not only the largest shark species but also the largest fish type ever to swim in the oceans. Megalodon could eat any animal it desired since its body was enormous and its sharp teeth were the largest of any species. However, they were mainly feeding on large fish, from whales to dolphins.

The great white sharks are ambush predators with marvelous hunting capabilities. They can also consume any animal they desire; however, they mainly prey on sea lions, fish, and other species of sharks.

The Megalodon and great white sharks, particularly, are more unbelievable than most sharks because they are so mysterious and yet so incredible. Briefly, a great white shark is smaller than a Megalodon, which is the main difference between them, and so are the other features discussed in the article.