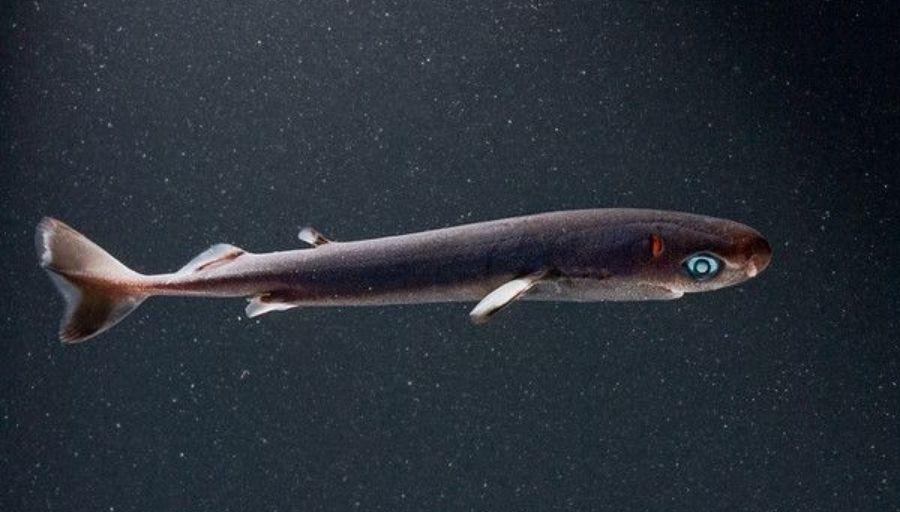 Euprotomicrus bispinatus also known as Pygmy shark belongs to the family Dalatiidae, class Chondrichthyes, and are the only member of the genus Euprotomicrus. The Pygmy sharks are the second smallest species of sharks in the world. According to IUCN, the species are least concerned, and very little about them is known to science. To learn more about their mode of living, scroll through the article. Let’s begin!

Where the Pygmy sharks are distributed?

The Pygmy sharks are widely distributed over the globe. They are spotted living in the open waters of the Atlantic Ocean, Pacific Ocean, Indian Ocean, Southern Brazil, Northern Argentina, Bermuda, Southern Japan, France, Taiwan, Somalia, and The Philippines.

The sharks have been found at the depth of 660 to 1,640 feet or 200 to 500 meters. The shark species are epipelagic (the oceanic zone where light can easily penetrate), mesopelagic (intermediate depth of the ocean), or bathypelagic (extreme depth of the ocean). The sharks are nocturnal that’s why hunt actively their prey at night and are found wandering near the bottom of the ocean during the daytime.

What is the appearance of Pygmy sharks?

These sharks have a small cylindrical body that is pure black from the top, a bulbous snout located in front of the head, they have large round eyes and specialized luminous organ present underneath the body. They have triangular-shaped pointed teeth – 22 to 31 teeth are present in the upper jaws and 16 to 21 teeth are embedded in the lower jaws. The skin is covered with blocky but flat dermal denticles, small gill slits, tiny flag-like dorsal fins, and paddle-like caudal fins.

How long can a Pygmy shark grow?

How Pygmy sharks do reproduces?

What is the conservational status of the Pygmy sharks?

The species do not face any threats because of its small size and epipelagic, mesopelagic and bathypelagic nature which protect them from being caught by fishermen and other predatory animals. Moreover, the species are not included in the Red list of the International Union for Conservation of Nature (IUCN) and are considered the least concern species, so no conservational measures are needed for such species of sharks.

Pygmy sharks belong to a species of squaliform sharks which are widely distributed in ocean waters. The Pygmy sharks are the second smallest species of the shark’s epoch, they are spotted at the depth of 660 to 1,640 feet or 200 to 500 meters and can grow to a maximum length of 10.62 inches or 27 cm. The sharks feed on a variety of food but the size of the prey is smaller than their size. Being small-sized species, the sharks do not face any threats so no conservational measures are needed for them.