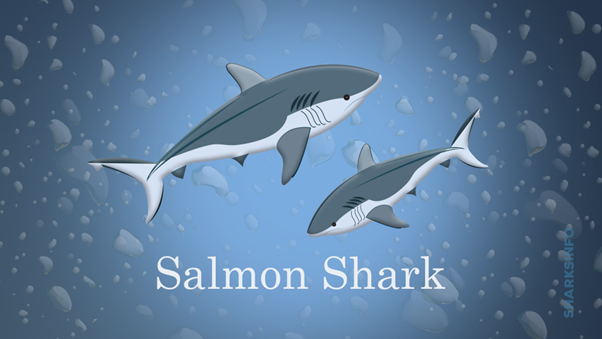 Don’t get confused between Salmon sharks and White sharks because both look physically similar. However, coloration is a distinct feature that will help you to distinguish between the two species of sharks. Scientifically they are named Lamna ditropis and belong to the family Lamnidae – a squad of Mackerel sharks. Commonly, they are called Salmon sharks because of one of the most favorite sources of food – the Pacific Salmon. Salmon sharks are pro-predators that have undergone several adaptations to hunt and survive in changing environmental conditions. Let’s see what kind of adaptations Salmon sharks have gone through. Scroll down!

What Is The Geological Distribution Of Salmon Sharks?

Salmon sharks have a wide range of distribution all over the globe. They live in the open waters of the Pacific Oceans between 10° N and 70° N latitude, the Bering Sea, the Sea of Okhotsk, the Sea of Japan, the Gulf of Alaska, Southern Baja California, Washington, and Canada.

What Is The Size Of Salmon Sharks?

What Is The Physical Appearance Of Salmon Sharks?

The Salmon sharks have spindle-shaped sturdy bodies with a small but pointed snout.  They are dark blue to blackish blue, have large razor-like shaped teeth, and eyes are located in the front of the head which gives them binocular vision. They have long gill slits, large dorsal fins, and caudal fins which allow the sharks to swim at the incredible speed of 50 mph.

What Habitat Do Salmon Sharks Prefer?

Salmon sharks are found in the coastal regions, offshores, and the epipelagic zone. They are also spotted in temperate waters as well as in cold boreal regions. Usually, a temperature range of 36.5o to 75o F is preferable for them. They roam normally at the depth of 500 feet or 152 meters but some specimens have also been spotted at the depth of 837 feet or 255 meters.

What Feeding Habitat Do Salmon Sharks Adapt to?

The favorite food of Salmon sharks is Pacific Salmon. Other than that, sharks feed on herring, small sharks, squids, sea otters, and birds. Some fishes are also included in their menu like Pollock, halibut, sablefish, codfish, tunas, sardines, daggertooth, sculpins, pomfrets, and Pacific sauries.

Are Salomon Sharks In Danger?

Although Salmon sharks are abundantly present deep in the ocean waters and are not the main target of the fisheries; they are not caught for commercial purposes but are unintentionally got trapped and discarded. This practice if continued may lead to the complete disappearance of the species from the oceans. Further, these species do not pose any harm to humans but few provoked cases of sharks attack have been reported.

Salmon sharks are one of the most common sharks in the Pacific Ocean. They are named Salmon because they include Salmon in their diet which is their favourite dietary item. Sometimes these sharks are confused with White sharks in having pointed snouts which look exactly like that of the White sharks. Similarly, on average, these species grow to a maximum length of 6 to 7.5 feet or 1.8 to 2.3 meters. However, the female sharks are larger than the male sharks, male sharks can reach up to 6.2 feet or1.9 meters whereas females can reach up to 7.0 feet or 2.14 meters. Though, they are abundantly present in ocean waters but are accidentally got trapped in a fishing net which may lead to the extinction of these species.