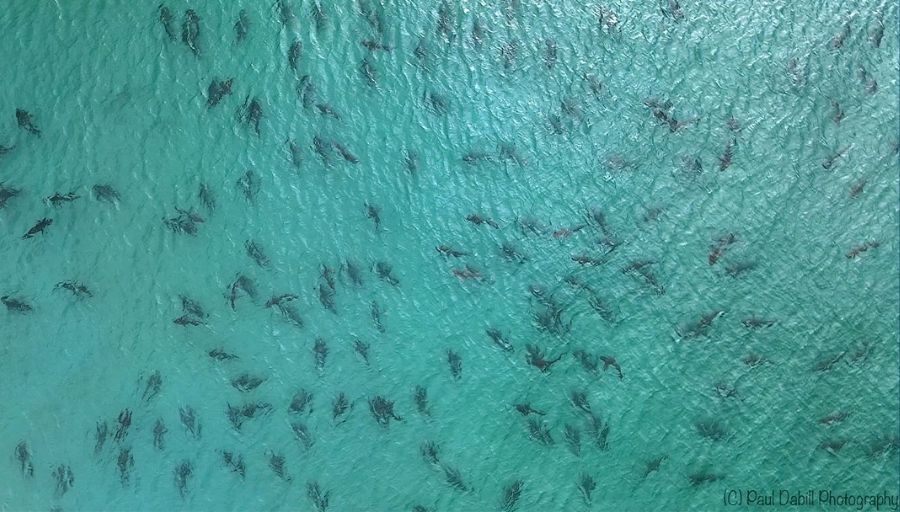 No other marine creatures are as obvious as the sharks are; no surprise, they are portrayed as giant beasts and aggressive mortals. Sharks inhabit all the world’s major oceans and have been here for millions of years, even before trees existed. You have over 500 different species of shark with different characteristics and attributes. There is nothing more fascinating, marvelous, and speculative than sharks, and the more you learn about them, the more they absorb into you.

Aside from what we all know about them, it often comes as a surprise when you look at the migratory behavior of sharks. You will not find every species in all oceans, but they all have different habitats, and many of the species keep on migrating from one place to another either in search of food or for shelter—no wonder why sharks prefer to live in open waters.

Note that not all shark species exhibit migratory behavior but some species. Nurse sharks, for example, prefer to spend their lives in close proximity. On the other hand, we have great white sharks classified as highly migratory.

As sharks differ in size and shape and have unique attributes, each species of shark can adapt to certain environmental conditions, such as some species prefer to live deeper in the ocean while some in shallow waters. Similarly, the water temperature, food availability, and several other conditions affect where you will find sharks in the oceans.

The change in seasonal environmental conditions thus plays a crucial role in why we see sharks migrating from oceans to oceans. The question here is where do they migrate and what patterns and routes they follow. It’s important because only then will you know the whereabouts of a particular shark species.

What are sharks’ migration patterns?

Migration involves moving from one region to another, and it is common to see this behavior across all animal groups. Sharks are the apex predators of the ocean and have an important role to play in maintaining the equilibrium in the ecosystem. However, despite their integral role, the shark population is declining rapidly, so much so that many species are declared endangered by the IUCN. It is now graver than ever to keep a check on their pattern and routes.

The advancement of technology has enabled scientists to track specific animals traveling a considerable distance through satellite tagging data. There were some mysteries surrounding the shark’s disappearances, but with tagging, it all resolved.

Do all sharks migrate?

Straight out answer, no. As stated earlier, there are over 500 species of sharks, where each one exhibits dissimilar behavior. Sharks can be solitary and only get together to mate or hunt. Others live in social groups and travel together from one region to another.

Sharks that live locally, such as nurse sharks and reef sharks, are generally not known to migrate, which means they stay in the same location and only travel 100 miles or so from their central point.

Coastal waters are a migration route for tiger sharks, blacktip sharks, and sandbar sharks, all of which migrate following food and temperature changes. However, they migrate across a distance of about 1000 miles.

A great white shark, which is also known as the most dangerous species, migrates thousands of miles each year due to their highly pelagic nature. Blue sharks and Mako sharks also fall into this category.

Where do sharks migrate to?

The migration patterns and routes of sharks can be influenced by a number of factors, including what they eat, the weather conditions, or where they can give birth and breed.

As a species, the blacktip shark migrates primarily in response to water temperature along the eastern coast of the United States. In the quest for food, Great white sharks migrate along the coast because of the presence of suitable mammals, such as seals. Nevertheless, climate change has affected several shark species’ patterns and routes, as reported by Science Daily about tiger sharks.

Having said all of that, further research is being conducted to examine shark behavior as it might have an impact on their preservation. In state and federal waters, the Massachusetts Shark Research Program tracks several shark species to determine their movements and habitats.

Sharks are magnificent creatures of the oceans, and even though they are found in all major world oceans, their migrating behavior is a bit confusing. Marine scientists are still learning a lot about the lives of sharks, including their migration patterns and routes. With new research, we may learn more about those apex creatures.