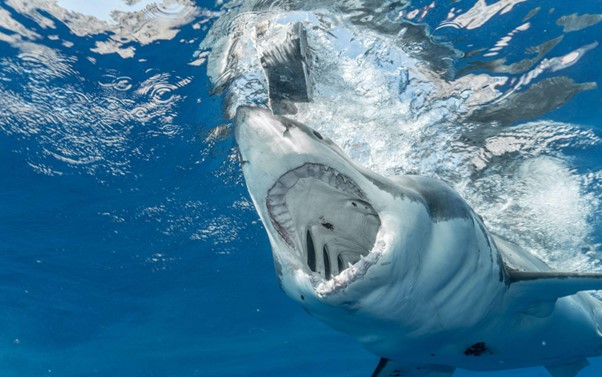 The morphological and anatomical aspects of shark teeth are quite interesting to understand. Their teeth play a prominent role in feeding and deriving new hunting strategies. Moreover, the teeth are the only part of sharks that remain preserved in their original condition and are helpful to depict the historical background of sharks.

In this article, we are exploring the type of teeth sharks possess. Be with us till the end to explore more about sharks’ teeth.

Throughout their lifetime, sharks produce more than 35,000 teeth. The type of shark teeth depends on their feeding mechanism and based on that,  sharks have the following types of teeth:

Some species of sharks have dense flattened teeth that are specifically involved in crushing and grinding the prey. The dense flattened teeth are strong enough to crush shelled animals like mollusks and crustaceans. The bottom dweller species such as Angel sharks and Nurse Sharks have such kind of them because near the bottom of the ocean bivalves are available in abundance.

Needle-like teeth are the prominent feature of medium-sized or small sharks that are hooked and long just like a needle. The teeth allow the sharks to grab the narrow and slippery bodies of prey like stingrays, squids, or flounders. Species such as Bull sharks and Blue sharks have such kinds of teeth.

The triangular and pointed teeth allow the sharks to cut and crush the large prey into pieces such as large fishes or mammals that are easy to swallow. The remarkable and fascinating species of shark, The Great White shark, has such kinds of teeth because it includes eels, sea lions, seals, dolphins’ whales, and other sharks in its diet.

Filter feeders specially Basking sharks have small, reduced, and non-functional teeth. These species feed on prey by opening their mouth, sucking the tiny organisms in, and swallowing them without even chewing. Whale sharks are also filter feeders, but they use gills rakers to filter the small zooplanktons and then sweep them into the mouth.

The teeth of sharks are one of the remarkable features which not only help them in feeding but also the fossilized form of teeth provides knowledge about the historical background of sharks. Interestingly, there are 4 basic types of teeth that sharks possess such as dense flattened teeth, needle-like teeth, pointed lower teeth and triangular upper teeth, and non-functional teeth which help them in grabbing, grinding, crushing, and chewing their prey.