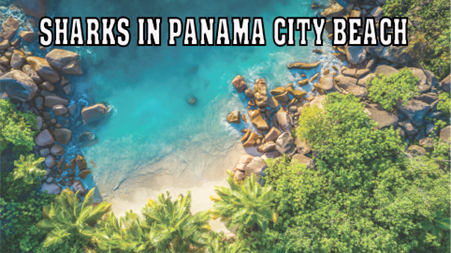 Panama, the city of Florida, is also known as the city of beaches. The city is a wonderful destination place for families, friends, and students to spend their time. But if you are planning to enjoy the waves then you might be curious about the sharks living in Panama waters. Right? Before visiting the Panama beaches, you must know whether there are sharks in the Panama waters or not – if yes, then what kind of sharks live there? Keep on reading to increase your knowledge.

Are There Sharks In The Panama City Beaches?

What Kind Of Sharks Have Been Sighted In The Panama City Beach?

As there is a large number of sharks have been spotted in Panama waters but few species you might find commonly on the city beach are listed below:

The Great Hammerhead shark, one of the fiercest hunters that are about 20 feet long can be sighted unusually in the water of Panama City beach. The shark can travel to a speed of 40 kph throughout the extended water bodies. There are about 16 unprovoked cases of sharks attack have been recorded but luckily none of them is the deadliest one.

Bull sharks are species of both freshwater and saline water habitat. The 8 feet long species naturally thrive near the shoreline and is responsible for most of the attacks on visitors. The recorded data suggested that there are 5 fatal cases of shark attacks have been recorded and all of them are unprovoked. Due to their extreme aggressiveness, these species are ranked as one of the top three most dangerous species of sharks.

The Blacktip shark is the most sighted species that often visit the shoreline. The sharks usually thrive at the depth of 100 feet and avoid human interaction. But due to mistaken identity and poor visibility, there are 28 unprovoked and 13 provoked cases of sharks attack have been reported. Not only this, the Blacktip sharks are responsible for 20% attack of sharks in Florida which is why they are considered an unintentionally dangerous species of sharks.

Another species of shark sighted in Panama waters is the Thresher shark. These species usually avoid human interaction because they feel threatened. 14 feet long nonaggressive species of sharks rarely attack humans, only one case of shark biting has been reported to date.

Sandbar sharks are sighted along the coastal regions of the shallow waters. They often visit the shoreline in search of food. Despite their large size, the sharks do not pose any harm to humans and interestingly, there are no cases of their attack have been recorded to date. They are the calmest species of sharks which allows you to take a swim with them.

Nurse sharks are a calm and peaceful species that are found resting on the floor of the ocean. The 10 feet long creature can work actively only during the night hour, and often visit the shoreline in search of food. But if you provoke them, the shark will brutally attack you and cause severe injuries with its odd-looking teeth.

Shortfin mako sharks are the fastest species in the shark’s realm, they can travel at the speed of 50 kph with a burst of 40 kph when they have to catch the prey. These species mostly thrive near the ocean floor but are known to be an aggressive creature that is responsible for 9 attacks out of which only one is fatal.

One of the top most dangerous species of sharks is Oceanic Whitetip Shark which had attacked 15 people. These sharks have unpredictable behavior and can attack without even provocation which is why they are treated with proper caution.

Spinner sharks have teeth that are specifically meant for grabbing prey rather than tearing them up which is why they are not been the aggressive species. Interestingly there are 16 attacks by these sharks that have been recorded but none of them were fatal. These species have been commonly sighted as they prefer warm water and visit the shoreline in the search of food.

These sharks have unique sets of teeth which only function in grabbing the prey and then the shark sallows the prey without chewing. Although, the 6 feet long species is not very aggressive and there are no cases of shark attacks recorded but if they get caught, they exhibit extremely violent behavior.

Panama City beaches are home to about 200 species of sharks, however, many species seasonally visit the open waters for breeding. Many common species of sharks such as Hammerhead sharks, Bull sharks, and Mako sharks. Spinner sharks, Nurse Sharks, Thresher sharks, and many others are sighted in the open waters.  Despite their abundance in Panama waters, there are very few cases of shark’s attack that have been recorded but if you provoke them then be ready to deal with them on your own.