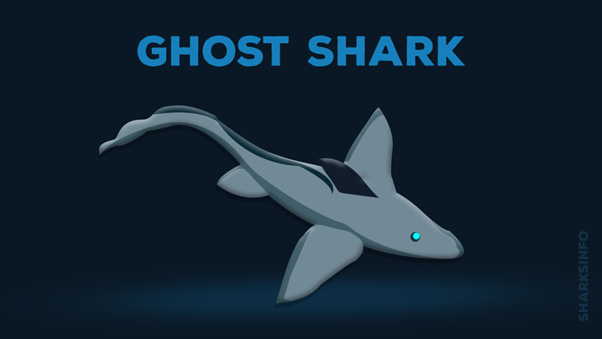 If you are a diver, especially a deep swimmer, and have an interest in sea life then you must have heard about the name “Chimaera” – the relative sharks. Right? Chimera is commonly known as Ghost sharks without any exceptions. Chimeras are not true sharks, they belong to a group of cartilaginous fishes and fall under the order of Chimaeriformes which includes about 50 species of ghost sharks. Scroll down to learn about one of the most elusive groups of fishes living deep in the oceans.

What Are Ghost Sharks?

Ghost sharks also named Chimeras, Ratfish, Rabbitfish, and Spook sharks belong to the class Chondrichthyes but are not sharks, they are fishes that resembles sharks in having a skeleton made of cartilage. However, their fossil records depicted that they have been living in the ocean waters for about 400 million years ago.

Why Do Ghost Sharks Call Chimeras?

The word Chimaeras means Monster, the Ghost sharks are named so because their body consists of different parts which resemble the body parts of other animals they have a skeleton that resembles sharks, their snout looks like an elephant’s snout, teeth look like rat’s teeth, nostrils look like mammals’, the spine of a porcupine, and fins like the wings of a bird.

Where Do Ghost Sharks Live?

Marine biologists have discovered the rare species of sharks in the shallow waters of the South Island coast in New Zealand. The fossil records show that they are found living in almost all oceans except in the Arctic and Antarctic regions. The Ghost shark is usually found at a depth of 3,000 to 3,900 feet or 1,000 to 1,200 meters below sea level.

The Ghost sharks have a deep brown bodies with small pale spots and stripes patterns while the belly is silver underneath. The unique coloration of these species gives them a unique appearance. Similarly, the cartilaginous skeleton of Ghost sharks closely relates them to sharks. Further, they have round but blunt heads with large eyes and long pointed tails. The dorsal fins have small but strong spines and the pectoral fins are large. The skin of sharks is very soft so that it gets damaged easily whereas the flesh is white colored and firm. The study of Ghost sharks shows that they have a maximum length of 50 to 80 cm and are 0.6 to 1.5 kg heavy.

How Do Ghost Sharks Locate Their Prey?

Well, living deep in the ocean is not as easy as it looks. Every creature living there requires some specific structures with unique functions to live there and search the food for survival. Similarly, Ghost sharks bear exceptional organ “Ampullary electroreceptors” known as Ampulla of Lorenzini to search for food. Instead of their sight, the Ghost sharks use electroreceptors which help them in navigation as well as in detecting the electric fields produced by the prey in the water current to locate the prey. The sharks are bottom dwellers which feed mostly on shellfish and mollusks.

How Do Ghost Sharks Reproduce?

Ghost sharks are commonly known as Chimeras because they have a monstrous body that resembles the body parts of other creatures on Earth. Though Ghost sharks are not true sharks, their cartilaginous skeleton closely relates them to sharks. These species are bottom dwellers which live at a depth of 3,000 to 3,900 feet or 1,000 to 1,200 meters below sea level. For their survival, these sharks have an exceptional organ called Ampullary electroreceptors which help them to locate the position of mollusks and shellfish near the ocean floor to feed on.