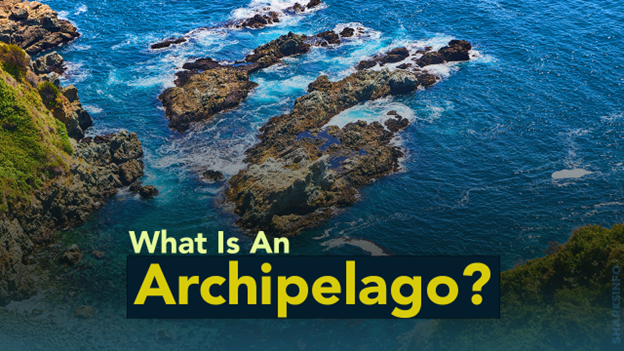 The marine world is a place that owns a wide range of species, a variety of life forms, plenty of minerals, rock formations, islands, archipelagos, and a lot more. As the horrifying climate changes are approaching, the world underwater is going to be greatly affected as well. Before it is too late, let’s gather more knowledge about the fascinating features of the oceanic world.

What is an Archipelago?

Among a large scale of mesmerizing aspects of the marine world, there lie the archipelagos. The archipelago is geographically an important term that refers to a chain of islands that are closely grouped in a body of water. Sometimes, it also includes similar formations, such as atolls and islets. Usually, archipelagos are found in oceans and seas, but to some extent, they are also scattered across rivers and lakes.

Difference between an Island and Archipelago

Archipelagos are sometimes confused with islands because they both are scattered across the surface of the oceans. The distinguishing feature between these two landforms is that the island is a terrestrial area surrounded by water on all of its sides.

How do Archipelagos come into existence?

The question arises in the minds of many people how even archipelagos are formed on the large wide surfaces of the oceans? To answer this question, we have done research that contains some mindblowing facts regarding the formation of archipelagos.

There are a few different ways through which an archipelago comes into existence. So, let’s have a look at this and find out how the oceanic world is gifted with archipelagos.

There are different processes through which archipelagos are formed, and among these processes, the eruption of volcanoes is responsible for the formation of a large number of archipelagos.

The volcanoes present on the sea floor or deep down in the ocean erupt over a period of time and result in land forming above the ocean, known as ocean islands. If the eruption of these volcanoes occurs in a group, the group of islands comes into existence which is what we call the archipelago.

That’s how many island arcs are created in a single hot spot area where the earth’s crust shifted and slightly moved from its place, breaking the surface of the ocean and resulting in a line of islands that will further be called an archipelago.

In this process for the formation of archipelagos, the land that is suppressed by the weight of big wide glaciers is involved. The glaciers formed above these landforms compressed the earth’s surface. When these glaciers melt, the earth tries to restore its former form and expanded widely. Consequently, new archipelagos pop up on the surface of oceans.

The archipelagos are geographically as well as geologically important landforms that offer an extensive number of ways through which the transport of goods can occur around the globe. Archipelagos play their role in increasing the terrestrial area midway ocean on which a human population can survive; along with this, it offers a place to exist for wildlife as well.

A majority of islands are reserved for national amusement parks, and additionally, it ensures the promotion of tourism to its fullest extent and certainly generates revenue for the country.

The ocean is full of astonishing features that can easily mesmerize a human intellectual mind. Among these fascinating characteristics, the archipelagos, which are important landforms pointed midway through the surface of the ocean, are a chain of islands surrounded by a body of water. The majority of the archipelagos present in the marine world are formed through the eruption of volcanoes. Archipelagos also come into existence through post-glacial rebound and glacial retreats. These landforms are significant in providing ways for the transport of goods, and along with this, it also ensures a safe place for wildlife to survive. If you get a chance to visit the archipelagos and admire its beauty someday, don’t you dare to miss it.