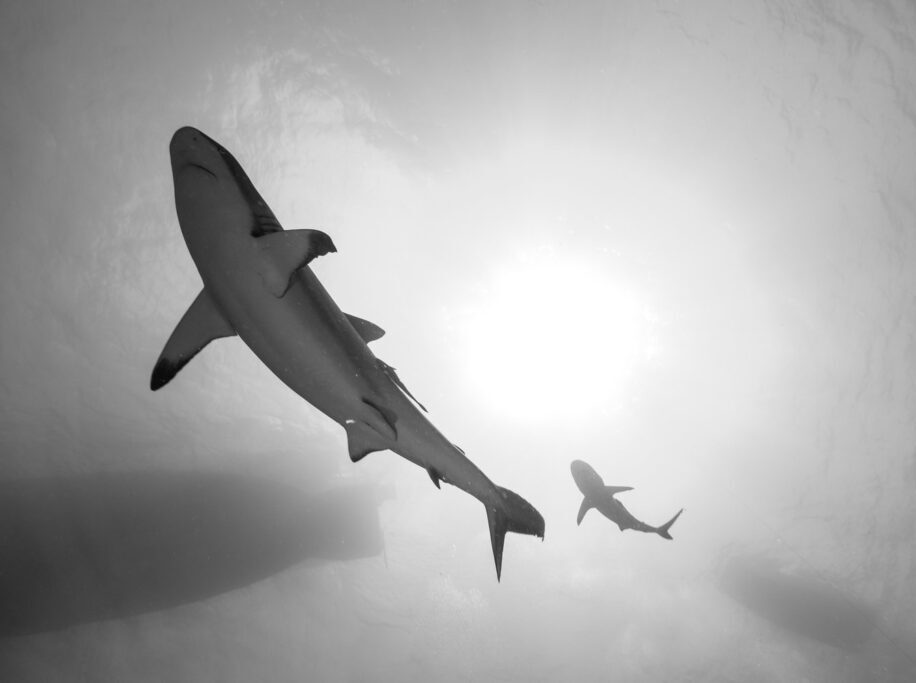 It’s not common to see a shark jumping out of the water, but when it’s a basking shark, you may be lucky enough to witness it yourself because of its leaping abilities. For many people, seeing a shark up close is mesmerizing, let alone swimming with them or seeing them leap. Unfortunately, not everyone has the chance to see basking sharks since we don’t know where they live.

In spite of worldwide distribution, there are over 500 species of sharks and not each one of them is found in all of the world’s major oceans. Rather, each shark is made different, and they all come in dissimilar sizes, shapes, and colors, and the same goes for the habitat.

Sharks are adventurous marine creatures, and when you get to know that basking sharks are the second-largest species, it adds in more curiosity to see them for yourself.

Historically, basking sharks were there in large numbers and across all major oceans. A few factors have contributed to the decline of the shark population, however, such as shark hunting and improper fishing practices. Basking sharks were no exception, and their population declined significantly, so much so that the IUCN has listed the species as endangered. This further makes it difficult to spot a basking shark.

No worries, as this article is going to explore where the basking sharks are found and whether or not you have a chance to see them.

Where are basking sharks found?

As a migratory species, the basking shark can be seen in all temperate oceans around the world. However, the major concentration is found in coastal areas in temperate regions of the Atlantic and Pacific oceans.

Other than that, you will find them dwelling in British coastal waters between May and October and in Canadian waters from May to September.

You can see that basking sharks are often found at different locations and during different seasons. However, they are believed to prefer water temperatures anywhere from 7 to 15 degrees Celsius.

How deep can a basking shark go underwater?

In spite of the fact that basking sharks commonly inhabit the shore, since their primary source of food lies there, they do not hesitate to venture further into the ocean. Basking sharks can be found at least 2,990 feet below the surface; although you might be interested to see how deep other sharks can dive, check it out here.

There are many bays and estuaries where basking sharks are seen close to land as they follow plankton concentrations in the water column.

Talking about the food, let’s get to know a bit more in detail about what their diet consists of.

What do basking sharks eat?

A giant beast with hundreds of teeth, the basking shark, is a filter feeder which feeds mainly on zooplankton. However, they may also consume very small fish, larvae, crabs, crustaceans, and invertebrates. It is known that only three species of shark filter feed; the other two are whale sharks and megamouth sharks.

Its gills filter zooplankton through a large opening in its mouth, passing 6,000 liters of water per hour through it. Interested in learning more about the diet of basking sharks? You can read it here.

Since basking sharks have slow swimming speeds, placid natures, and a previously abundant population, they have been a staple in fisheries. But, as discussed above, the species faces a number of threats and is professed as an endangered species. Aside from climate change, water pollution, and illegal fishing, humans are responsible for a great deal of damage to the basking shark population by targeting them for fins, meat, liver, and other products.

Talking about the predators, basking sharks aren’t a target for many due to their giant size. However, the Orcas and the white sharks are often seen attacking.

The basking slow reproduction and growth further make it difficult to fill in the gap. A breeding cycle can take between two and four years, whereas gestation might take between one and three years.

Due to rapidly declining numbers, some territorial waters have protected basking sharks, and many nations have restricted trade in their products. However, more concentration is required on this matter.

A basking shark typically spends its time at the shore soaking up the Sun’s warmth and looking for food in the shallows. Warm-temperate waters around the world host these fish, but you have a good chance to see them in British coastal waters or in Cornwall’s waters.

While basking sharks are regarded as the second largest species of shark, do you know where whale sharks can be found? Which are the largest sharks alive right now?