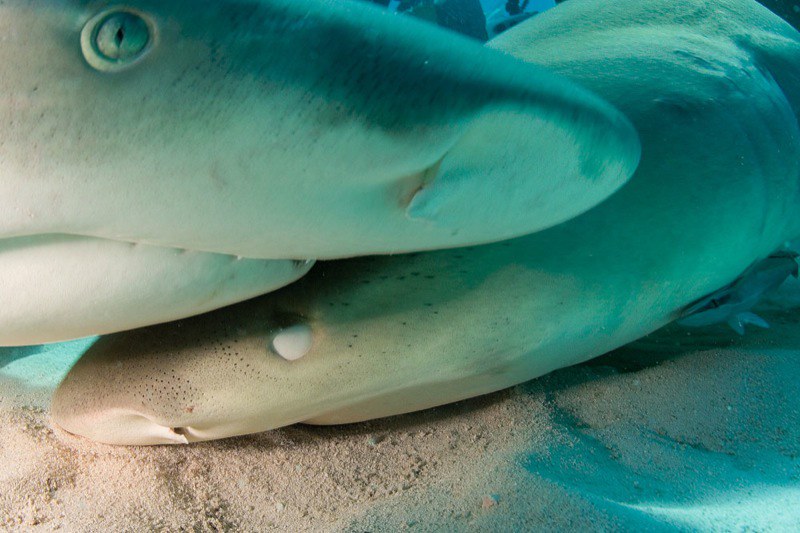 Hundreds of sharks are found swimming and floating in the ocean water, so it’s not shocking that there is diversity in the reproduction processes among various marine and aquatic species. But do sharks lay eggs or not is a question of interest. If it is so, then which sharks adapt this method for reproduction?. Let’s figure this out which type of sharks fall in the category of oviparity.

All over the world, about 25% of the sharks lay eggs, while other sharks instead lay eggs, and give birth to their young pups which developed inside the body of the mother. Sharks are also termed as “oviparous” meaning eggs laying sharks’ falls in this category. All sharks’ pups are born independently no matter by which method of reproduction, they swim away from their mothers once born so that they can protect themselves from being eaten by predators.

The eggs of sharks are enclosed in a hard and leathery pouch shaped structure called a Mermaid’s purse, also named as an egg – capsule or egg – case containing only one embryo. The Mermaid’s purses are often washed up on the beach sand, so if you walk along the beach shores, you might find one of them!

Size and shape of Mermaid’s purse

The Mermaid’s purse of sharks is usually of rectangular shape, with small horn-like appendages bulging out from each corner, some may have long, spike-like tendrils projecting out from the horns. The purpose of tendrils is to protect the egg capsule on the sea bed. The size of a mermaid’s purse ranges from 5 to 15 cm in length, the size may vary from species to species. The eggs of shark eggs may take a few months or a year to hatch, but the newly hatched shark pups are larger in size as compared to eggs and are much more developed.

There are a number of sharks documented until now which reproduce by laying eggs either inside the female body or in the external environment. Here is a list of  10 sharks that are oviparity

Not all sharks lay eggs, bullhead sharks are one of the shark species that possess mermaid purses or egg capsules. The egg capsule of bullhead sharks is generally cylindrical in shape with screw-like edges all around the outer shell. This shape not only helps the eggs to easily lodge between rocks but also protects the embryo of bullhead shark eggs from predators.

The Sand – tiger shark are also named as “Carcharias Taurus”,  is a species of sharks which lay eggs with the two fertilised embryos at first then ingest the other embryo, termed as Adelphophagy. The body of sharks is printed with light grey to black or brown patterns. These sharks have the ability to eat and breathe at the same time and lay up to 240 eggs per year.

The female shark species lay eggs and are fertilised by the male sharks spray near the ocean sand. The Rainbow sharks only lay eggs in their natural habitat and it is impossible for the sharks to breed in detention.

If you are a biology learner, you are definitely familiar with the term “ovoviviparity”. Ovoviviparity is a term used to describe a method of reproduction in which the female shark lays eggs within the body. These eggs hatch within the female shark’s body and thus give birth to shark pups into the ocean. The development method is based on the yolk sac in the egg functions in providing nutrition and transforms into a placenta like structure after some time.  There are almost 500 different species of sharks that are viviparous, while all others are oviparous (lay eggs).

The red tail sharks are oviparous that reproduce by laying eggs. Red tail sharks lay eggs in their natural habitat and undulates with eggs during their breeding season. But when the hatching season arrives, it has been observed that the female shark has a round shaped abdominal area.

These species of sharks are ovoviviparous and lay eggs which remain within the female body until the embryos develop into young sharks. The embryos obtain their nutrition from the egg sac because that embryo is not connected with the placenta. Once the embryo develops, the sharks lay eggs that hatched and the young tiger sharks were released in the ocean.

The female horn sharks lay up to 24 eggs during the breeding season, the eggs are enclosed in a spiral shaped covering which protect the eggs when placed in cracks and hide them from predators as well. This shark species is quite conscious about their offsprings and spends a lot of time in providing them with parental care. After six to nine months, the eggs hatched and the young pups, usually 7 inches in size developed.

The female zebra shark normally has four brown coloured eggs at one time, which are covered entirely with a hair layer which sticks to the outer surface. But during the entire breeding season, a female zebra shark may lay up to 46 eggs which last for 112 days. Based on temperature fluctuations, the eggs require five to six months for incubation, but once hatched, the 20 to 30 centimetre long pups were released in the ocean.

The bamboo sharks are also reproduces by laying, the size of eggs are around five inches in length and the eggs hatched after 14 to 15 weeks of development according to the reported data, bamboo sharks are the first ever reported example of parthenogenesis in species because the eggs from a female bamboo shark developed and hatched without fertilisation mechanism.

Sharks adapt different methods of reproduction, although 25% of the sharks all over the world reproduce by laying eggs either in the external environment or within the female shark’s body. This article I hope provides you enough information regarding the kind of sharks which reproduce by oviparous mechanism, but if you are interested in other methods of reproduction in sharks, do some hard work on your own!