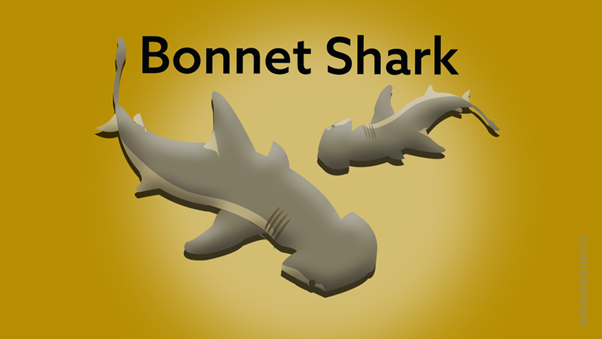 The Bonnet shark or Bonnethead shark belongs to the family of sharks that can have odd weird-looking heads. Any guesses? Exactly, the Hammered sharks. Bonnet sharks are the smallest member of the family Sphyrnidae. –comprises of only10 members. Scientifically, they are named Sphyrna tiburo which comes from their sharp shovel-like head. Let’s take a look at the deep analysis of the living strategies of the smallest member of the Hammerhead family – the Bonnethead Shark.

Where Do Bonnet Sharks Live?

The Bonnet sharks are widely distributed in the open waters of the Western Atlantic Ocean, the Gulf of Mexico, the Caribbean Sea, Brazil, Cuba, Bahamas, Southern California, along the coast of America, Northern Peru, and abundantly in the waters of Florida.

What Habitat Do Bonnet Sharks Prefer?

As the species are highly migratory, they move from one locality to the other seasonally. They inhabit a wide variety of habitats including bays, estuaries and surf zones, coral reefs, muddy and sandy zones, coral regions, and continental shelves of the temperate and tropical or subtropical zones. These species are spotted at 82 to 260 feet or 25 to 80 meters.

What Is The Physical Appearance Of Bonnet Sharks?

How Long Can A Bonnet Shark Grow?

The Bonnet sharks are the smallest member of the family that can reach a maximum length of 2 to 3 feet or 0.5 to 1 meter. The largest specimen of the Bonnet sharks measured can be up to 5 feet or 1.5 meters. Similarly, the average weight of Bonnet sharks is about 13 pounds but the heaviest specimen weighs about 24 pounds.

What Is The Feeding Habit Of Bonnet Sharks?

The Bonnet sharks are diurnal which means they are active hunters both during the day as well as during night hours. They include diversified foodstuff in their menu because their tooth and jaw structure allow them to feed on soft as well the hard prey such as Crabs, Bivalves, Shrimps, Snails, Bony fishes, Octopuses, and Seagrasses.

Researchers observed various behaviors exhibited by Bonnet sharks such as head shaking, patrolling, jaw snapping, and bumping or biting the mate. These species show quite social behavior and mostly travel in a school of 100 or even 1000. They also exhibit migratory behavior and migrate towards warm water bodies in winter and during the summer the school travel towards the cold water bodies.

How Do Bonnet Sharks Reproduce?

Bonnet sharks reproduce by viviparous mode of reproduction which means that internal fertilization leads to the internal development of the embryo. After the incubation period of 4 to 6 months, the mother shark gives birth to 4 to 14 pups which are about 12 to 16 inches in length. The male sharks become mature when they are 20 to 30 inches long whereas the females become mature when they are 30 to 33 inches long. The expected life span of Bonnet sharks is about 12 years but some specimens can even live for 16 to 18 years.

What Is The Conservational Status Of Bonnet Sharks?

Like all sharks, Bonnet sharks are also in danger due to overfishing by small-scale fishes. These species are sold for their meat, long fins, or oil for human consumption. The species have been considered as Least Concern by IUCN but along the coastal regions of South America, these species have been listed as endangered.

Bonnet sharks also named Bonnethead Shark are the smallest known member of the family Sphyrnidae (Hammerhead family). All the members have odd-looking hammer-like heads, which distinguish them from the other species of sharks. They inhabit a wide variety of habitats including bays, estuaries and surf zones, coral reefs, muddy and sandy zones, coral regions, and continental shelves. These species are highly migratory and travel from one locality to the other seasonally. The viviparous species give birth to 4 to 14 pups that have an expected life span of 12 years, but some specimens can even live for 16 to 18 years. Critically, the species are considered endangered in the coastal regions of South America, but IUCN listed them as Least Concern.