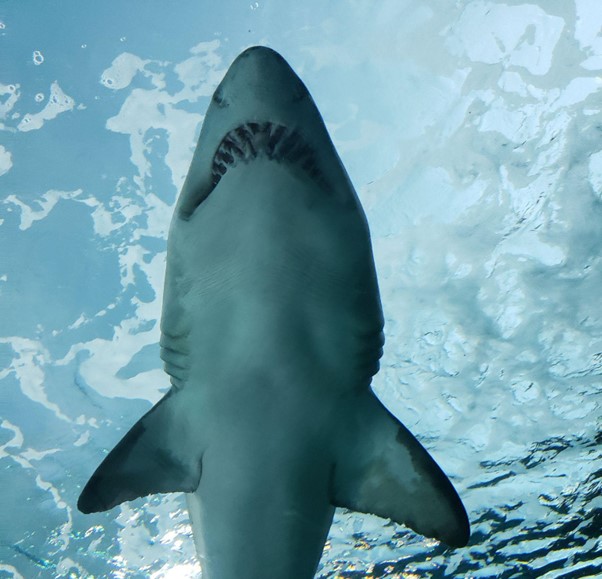 Whenever you hear the word “shark”, the first thought which hits your mind is a razor like sharpened teeth ocean beast. Thanks to some movies, everyone knows about shark’s teeth – the big slathering daggers! Sharks have been living around us for millions of years, and in this time period, the teeth of sharks have been flawlessly adapted to their feeding habitat. Sharks possess lots of scary, sharp teeth positioned in multiple rows. There is still a lot more to explore about shark’s teeth, so let’s be their dentist to know more about their tooth anatomy!

Do sharks have many teeth?

Yes! Sharks have so many teeth that you can’t even imagine! On an account, sharks have nearly 50 to 300 teeth at one time, they are capable of flaking their teeth and swapping them with the new one. Because of this extraordinary capability, sharks do have about 20,000 to 35,000 teeth on an average but some species of sharks have more than 50,000 teeth as they have a lifespan of 20 to 30 years.

Do sharks have many rows of teeth?

According to an estimate, in each jaw, sharks have 15 rows of teeth but most of the species have only 2 to 5 rows of teeth. As the number of shark’s teeth varies from species to species, the number of rows also differs greatly. The teeth of sharks are without roots so they can easily break off from the rows and are replaced by the new teeth in a day or in a one week. The inside lining of the skin of sharks mouth will position the new teeth at their fixed position like a conveyor belt.

Among all the species of sharks, Bull sharks have the highest number of rows – up to 50 rows of teeth with 7 teeth in each row, which means on an average Bull sharks at one time have around 350 teeth.

Sharks are with multiple rows of teeth – why?

As sharks keep on replacing their teeth throughout the span of their life. The teeth of sharks are not embedded in the jaws like your teeth are packed in a socket, that’s why they are not firmly attached, their teeth actually grow from gum tissues and thus fall off easily. Well it is a defense as well as a health benefit for sharks. How? Let’s clear this out!

Firstly, sharks never ever suffer from dental infections or cavities problems like you probably have by eating too much sugary products! If… if they had a problem, they simply shed the tooth – the health benefit of the sharks! Secondly, if the prey struggles and fights back, instead of damaging their jaws, the tooth of the shark simply comes out and is replaced immediately by the new shiny one – the natural defense of the sharks!

How do the swapping of teeth work in a row?

Although sharks have many 3 to 7 teeth in a row but not all the rows are functional, only the front row of teeth in an upper and lower jaws are helpful for sharks to capture their prey, the rest of the teeth wait for their turn to be pushed forward and fill up the place when the teeth in a front row are lost.

Taxonomically, the teeth of sharks are reckoned in rows and series – rows indicate the direction of teeth along the jaws whereas series are directed from front to back. It’s quite intricate – fully concentrate! So, if a tooth in the front row of one series is removed, then the tooth from the second row of the same series moves forward to cover up the vacant space; Got it? The same sequence is repeated for the tooth in a third row to cover the gap in a second row. That’s why sharks have many rows of teeth because if one tooth is lost, the other will move ahead to cover up the space.

The number of teeth and rows of sharks depends upon the type of sharks and their feeding habitat but in general, sharks have 2 to 15 rows of teeth, some sharks may have 50 rows of teeth as well. Sharks are the most fascinating creature of the ocean and their teeth play a key role in making them so. Sharks are capable of replacing their teeth over the course of lifespan, if they are not able to do so, sharks will not destroy their prey with fierceness and power for which they are known as The King Of The Ocean!