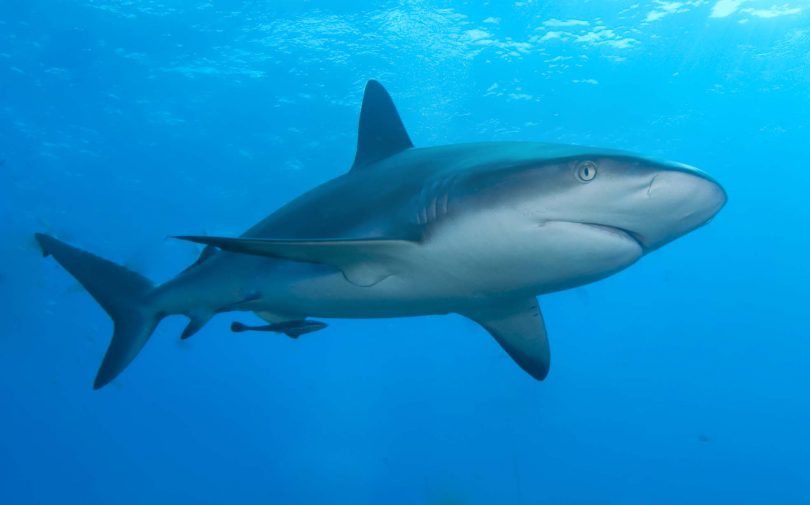 There’s something captivating about the giant sharks of the oceans that are not only famous for their enormous size but also their massive weight. Sharks, over the course of existence, have been diversified into over 500 species of species, and each one of them comes in different sizes, shapes, or colors. You will see sharks as large as over 60 feet and as small as the size of a pencil.

Similarly, the weight is going to differ with individual species. The weight of the species can range from several kilograms to several thousand, depending on its size and feeding habits. With this in mind, it is intriguing to ask which is the heaviest shark in the world.

To figure out, let’s first get to know the weights of some of the well-known and large species of sharks, and then we’ll see which one is the heaviest of all.

With an average size of around 20 feet, great whites are the largest predatory shark you will see in the oceans. Known for their aggressiveness, the great whites are also the most dangerous species of all. In light of this, it’s natural to imagine a great white shark weighing hundreds of pounds. In actuality, the great white sharks, when they reach adulthood, weigh around 2 tons, or you can say over 4000 pounds. That’s too much, for sure. But also, let’s discover some other large-size species.

How much do Greenland sharks weigh?

Its average size ranges from 8 to 14 feet, and at its maximum, it can reach 21 feet. As such, the Greenland shark ranks among the largest shark species. Talking about the weight, it weighs around 1 ton or, in other words, over 2000 pounds. It is less than the weight of great white sharks, so it is obvious that the Greenland sharks are not the heaviest of all.

How much do basking sharks weigh?

How much do whale sharks weigh?

Whale sharks, with an overwhelming size of over 60 feet, make up the largest species of sharks alive today. It is also among the species which are known as filter feeder sharks. In terms of weight, it easily reaches over 20,000 pounds. Seems like the largest species is going to be the heaviest of all too.

The heaviest shark in the world

Comparing the weights of the shark species, which are known for their large size, we can clearly see that Whale sharks take the lead weighing more than 20,000 pounds or more than 10 tons. They are the heaviest species of sharks in the oceans. However, it’s quite interesting to know that whale sharks are not aggressive at all and are, at times, even seen swimming along the shores. Check out where you can find the heaviest shark.

Sharks are among the most fascinating creatures you will find in the underwater world. Aside from their giant size, aggressive behavior, characteristics, and attributes, the weight of the species is alone enough to spark a curiosity to learn more about sharks and, in particular, about the heaviest shark in the world. It turns out that the largest species of shark alive today, the whale shark, is also the heaviest, with an enormous weight of over 10 tonnes. Getting to know the weight of sharks is indeed fun and educational at the same time.