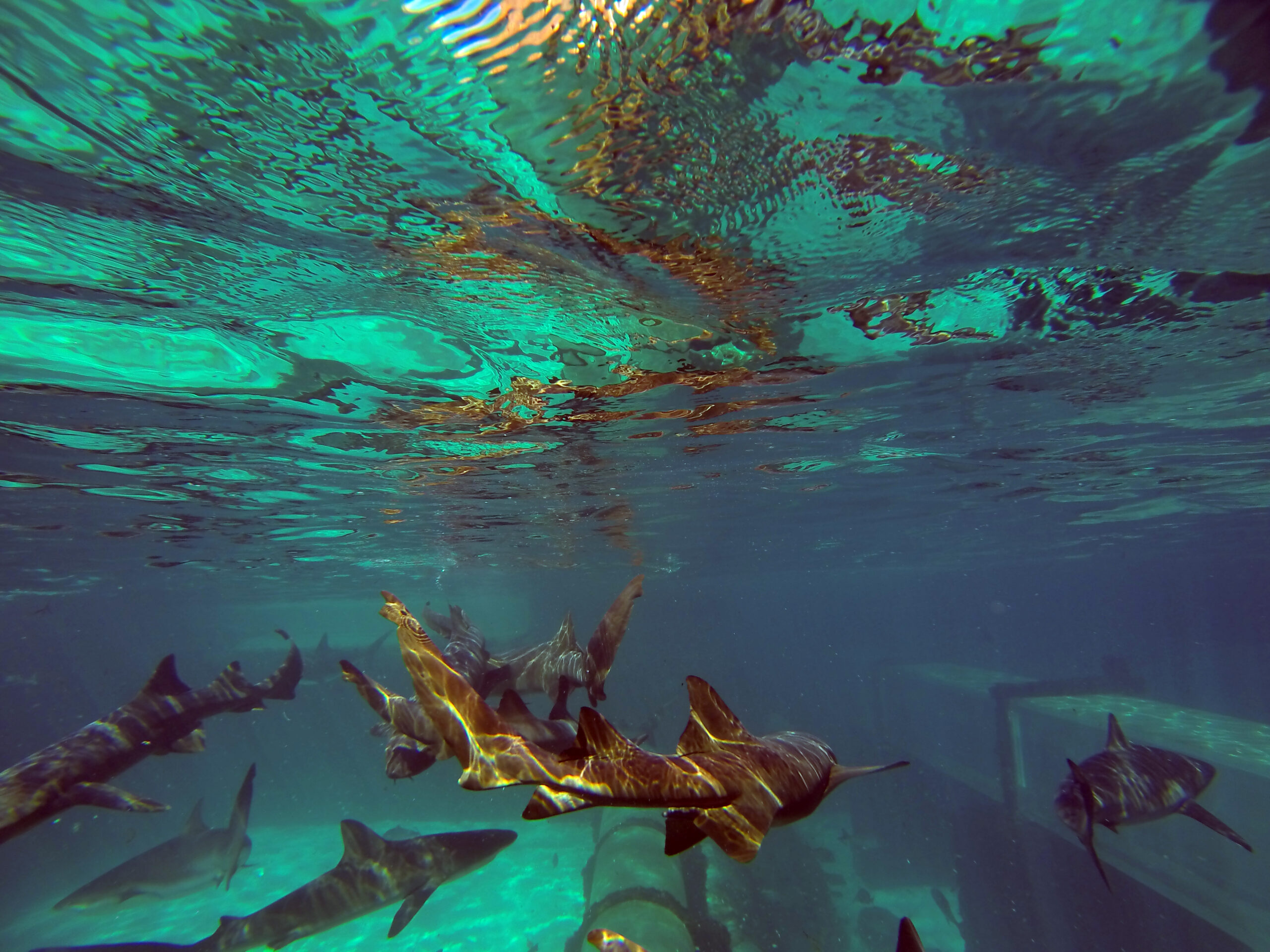 Sharks have an exceptionally long history that is pretty fascinating to everyone. When we think about how long sharks have been around, a lot of questions arise in our minds, like are sharks older than trees? What did sharks evolve from? How have they been able to endure five mass extinctions? Well, we will look at some of these ideas in this article.

Are Sharks Older than Trees?

Evolutionary findings suggest that both trees and sharks are hundreds of millions of years old. Still, marine biologists have found that sharks are actually much older than trees. Fossil evidence enables us to understand the age of a species. In this situation, scientists have seen that fossil evidence of sharks can be found as far as 450 million years ago. We see through this evidence that the earliest sharks seem to have developed in the Late Ordovician period.

When we compare the fossil matter of sharks to that of trees, we see that trees are relatively new to the Earth. The origin of trees is thought to have occurred during the Devonian period, approximately 360 million years ago. It’s clear what you’re thinking now, where do humans fit in this equation? The fact is, we don’t. We have really been on this Earth for just 300,000 years. That’s a relatively minimal period of time when equated to the hundreds of millions of years old trees and sharks.

How Old Are Sharks as a Species?

As for the earliest shark tooth we know about, it is from the Early Devonian period, about 410 million years ago. This means that the sharks before the Early Devonian period might have been in the process of evolving teeth. This evidence is believed to have belonged to the species of fish called Doliodus Problematicus. The Doliodus Problematicus is known to be the “least shark-like shark.”

This species belonged to a family of fish known as acanthodians. These species had cartilage skeletons, skulls, jaws, and some teeth similar to the sharks. This brings us to the middle of the Devonian period, 380 million years ago, while the genus Antarctilamna first appeared. This genus may be the first genus that we recognize today as modern sharks. They were characterized as active predators and had dorsal fins and forked tails.

This takes us to the golden age of sharks. This was the Carboniferous Period which was about 359 million years ago. Interestingly, an extinction event that took place at the end of the Devonian period had wiped out at least 75% of all species of planet Earth. A wide number of fish might have been wiped out during this period. This event allowed sharks to dominate and evolve greatly.

The extinction period might have had a huge role to play in how modern sharks turned out. It allowed sharks to evolve their bodies to become predators, and as a result, we see today that sharks are the apex predators of the waters. We saw some of the most bizarre sharks appear in this period of time. These include Helicoprion, Falcatus, and Stethacanthus.

It is impossible not to think of gigantic jaws when thinking about sharks. It was the Permian period (252 million years ago) that made sharks evolve these gigantic jaws. When we were all the way into the Early Jurassic Period, the sixgill sharks evolved flexible protruding jaws that we find so terrifying today.

The largest species of sharks were killed at the end of the Cretaceous period when the infamous asteroid struck that killed all dinosaurs and a wide number of other species of living beings.

Since the end of the Cretaceous period, sharks are once again dominating the oceans. Sharks have such a long history that it feels overwhelming if you try to digest it all in one go. But with this brief article, we hope that you now have a sound understanding of how sharks evolved and how old sharks actually are. If you find it interesting, do learn about the shark’s habitat, diet, and some interesting facts.