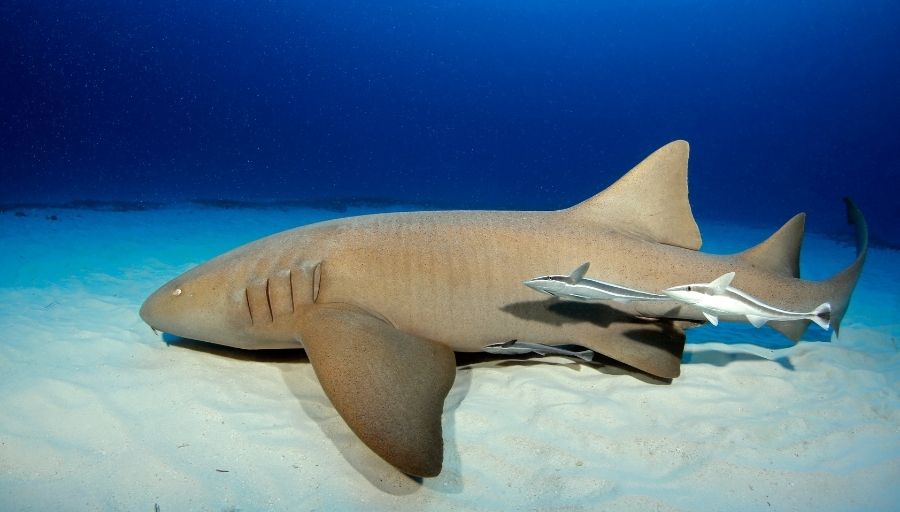 The nurse shark belongs to a group of Carpet sharks – there are more than 40 species of sharks that thrive in the ocean water. It is one of the most studied species of a shark because they are bottom dwellers and are spotted most of the time on rocky and coral reefs. They are slow movers, have quiet nature, and can easily adapt the changing environmental conditions. Moreover, the species are not known to be aggressive so they usually live peacefully and calmly in captivity. Let’s find out more about the incredible species of sharks.

What Is The Geographical Distribution Of Nurse Sharks?

The Nurse sharks are distributed in the coastal warm waters of the tropical as well as subtropical zones. The species are commonly spotted in the Indian Ocean, Eastern Pacific, Eastern Atlantic (from Cape Verde to Gabon), and Western Atlantic Oceans.

What Habitat Do Nurse Sharks Inhabit?

This species of sharks are shallow water fish that prefers to thrive in coral reefs, salt channels, and flats between the mangrove islands, sea grass beds, reef shelves, rocky ledges, caves, and crevices. They choose warm waters over cold deep water habitats. As they are bottom dwellers, they are mostly spotted near the floor of the ocean and rest on sandy bottoms during the daytime.

What Are The Characteristics Of Nurse Sharks?

What Behaviour Do Nurse Sharks Exhibit?

Nurse sharks are known to be the most sluggish and slow species of sharks who spent the whole day resting on the floor of the ocean. They are non-migratory species and adapt to cold habitats to become less active. The sharks walk on the floor of the ocean with the help of pectoral fins – the pectoral fins also provide shelter to the small crustaceans which they trap and feed on. Like other fishes, the Nurse Shark do not swim all the time to breathe, they respire by pumping the flow of water over the gills while resting at the bottom of the ocean.

What do Do Nurse Sharks eat?

The bottom feeders are nocturnal and hunt their prey at night, they feed on small crustaceans including shrimps, lobsters, clams, squids, sea snails, sea urchins, crabs, and small and slow fishes like lizard fish. They also prey on shelled mollusk, corals, and conchs as they are also known as the powerful suction feeders of the ocean. However, some species of Nurse Sharks include ground corals and algae in their menu as well.

Nurse sharks belong to a group of carpet sharks, they are mostly spotted resting at the bottom of the ocean during the daytime but are nocturnal and hunt actively at night. Due to their sluggish nature, they prefer cold habitats to become less active all the time which is why they hunt their prey occasionally. Moreover, the sharks have flattened large round bodies which can grow to a maximum length of 10.1 feet. These species of sharks are best known to live happily in captivity.