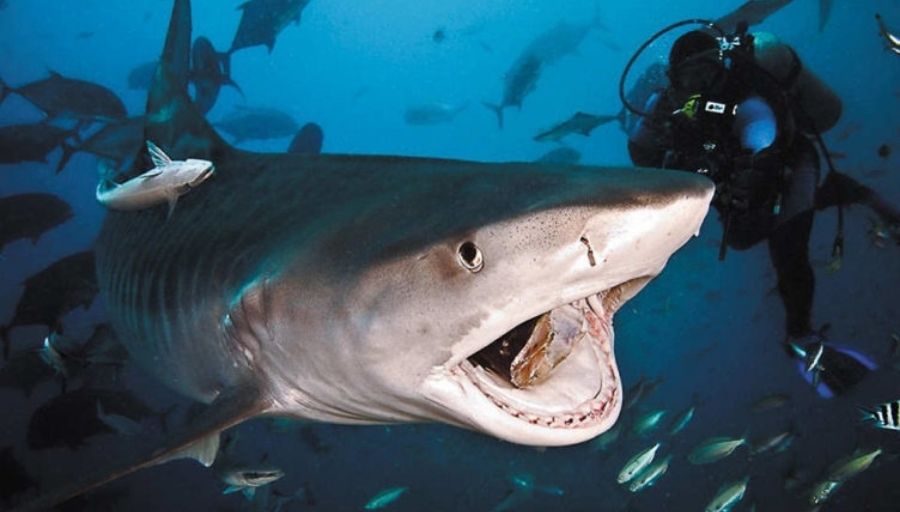 Where Does The Snaggletooth Shark Live?

The Snaggletooth shark is found living in the coastal waters of the Red Sea, Indian Ocean, Western Pacific Ocean, South East Africa, Aden, the Philippines, Madagascar, China, Tanzania, and Australia. In the Western hemisphere, no species of Fossil sharks have been reported. These sharks mostly live near the bottom of the ocean or sea at the depth of 130 meters.

What Are The Distinctive Features Of The Snaggletooth Shark?

The sharks are of light grey or bronze, fusiform body with a long snout which helps them to swim with a high burst of speed. The sharks have curved-shaped teeth embedded in the lower jaws and serrated teeth located in the upper jaws. They have long fins and gills slits which help them in swimming. The sharks can have an average length of 8 feet or 240 cm. At the time of birth, the pups are 45 to 52 cm.

What Does Snaggletooth Shark Eat?

The shark’s species includes following stuff in their diet:

How Snaggletooth Shark Do Reproduces?

The Snaggletooth shark reproduces by viviparous mode of reproduction – internal fertilization leads to the internal development of the eggs. After the completion of the gestation period of 7 to 8 months, the female shark gives birth to the young pups. Every year, the sharks give birth to 2 to 11 offspring. The sharks reach their maturity stage in 2 to 3 years and can have a life span of 15 years.

What Are The Commercial Importance Of Snaggletooth Shark?

The fins of sharks are used in making soup which is a traditional food in China and other Asian countries. The liver is used as a source of oil or vitamins whereas the leftovers are used as a fish meal. The fresh meat of sharks is used as food and in India, it is considered the best shark for human consumption. However, due to overfishing, the population of Snaggletooth sharks is disappearing from the ocean waters and they are listed as vulnerable and nearly extinct species by IUCN.

The Snaggletooth shark – also known as the Fossil shark belongs to the family Hemigaleidae. The sharks are the only member of the genus Hemipristis which are living in the modern-day world. Many species of Fossils sharks have been spotted in all the ocean and sea except in the Western hemisphere. The sharks are viviparous and can attain a maximum length of 8 feet. Like other sharks, they feed on a variety of dietary items and can live for about 15 years. However, the species are listed as susceptible by IUCN due to overfishing.