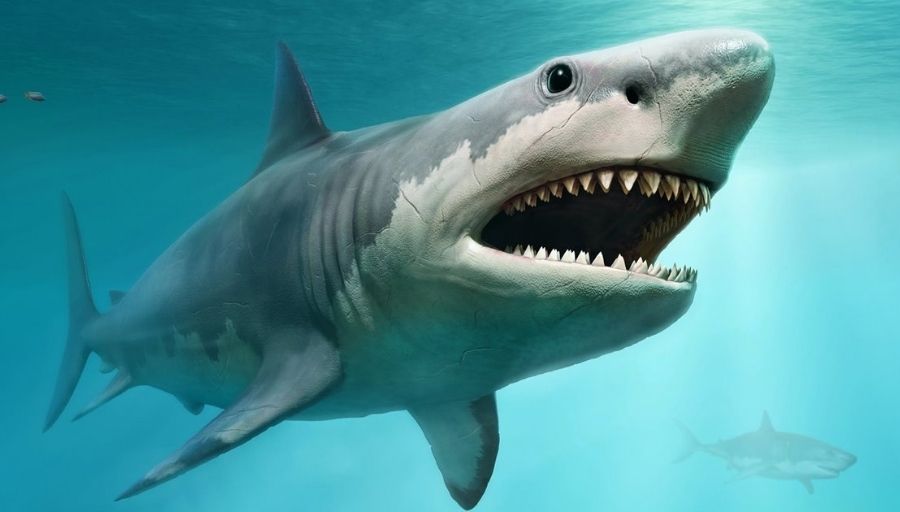 The Megalodon is an extinct shark that lived over 1.6 million years ago and scientists believe that this shark could reach a size over 30 meters (98.5 feet) in length. The Megalodon fed on large prey like dolphins and whales and remains of the shark have been found n have been found in India, Europe, New Zealand, Australia, North America and South America. Causes for extinction are climate change, extinction of pray and/or cannibalism.

How Big Is A Megalodon Tooth?

Scientist have found tooth of the Megalodon that are the size of a human hand. The tooth of a Megalodon was up to 7 inch long. They needed giant tooth to feed on large prey like dolphins and whales. Unlike the Great White, the Megalodon would focus its attack on the tough bony parts of its prey, such as the shoulders, ribs and spine. By crushing these, the internal organs were damaged or destroyed and the victim was soon unable to try and make an escape. This meant that its teeth needed to be particularly strong and hardy. They were probably structured in rows, as is the case with many of our modern shark species. These would replace the front teeth as they fell out or were lost.

What Do Megalodons Eat?

The Megalodon fed mainly on whales, which are particularly high in their body fat content. In addition, it would feast on dolphins, sea turtles, porpoises, pinnipeds and more, including other Megalodons.

How Big Is A Megalodon?

Some scientists speculate an average length of about 12 meters (40 feet), while others believed it reach over 30 meters (98.5 feet) in length. The appearance of these hand-sized teeth would suggest that this shark looked much like a Great White, although that is purely speculative and based on the fact that the teeth of these two species are similar.

Where Did Megalodons Live?

Remains of the Megalodon have been found in India, Europe, New Zealand, Australia, North America and South America, giving it a widespread distribution. It was a pelagic species, preferring the warmer waters of all of the major oceans of the world. These fish would then approach the safer coastal areas when giving birth, so that their young were relatively safe as they entered their new watery environment.

How Did The Megalodon Go Extinct?

Scientists do not have a definitive answer as to the reasons behind the Megalodon becoming extinct. Proposed causes include: