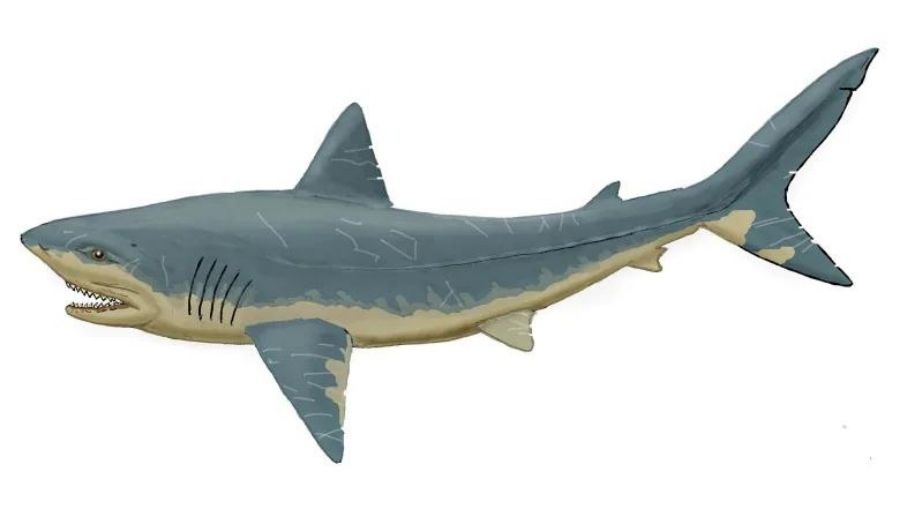 The Crow sharks – scientifically known as Squalicorax belong to an extinct group of Lamniform sharks. The fossil records of Crow sharks depicted that they lived during the Cretaceous era about 60 to 100 million years ago. A large fossil skeleton of about 1.9 meters has been found in Kansas as evidence of their existence. To know more about the Crow sharks, let’s explore more about them!

What Is the Scientific Classification of Crow Sharks?

The word Squalicorax is a combination of two Greek words – Squalus means sharks and korax means wolf. The sharks belong to an Order – Lamniformes, family – Anacoracidae, and the extinct genus of Squalicorax.

According to fossil records, the Crow sharks were widely distributed in the ocean water about 60 to 100 million years ago in the Late Cretaceous period. The sharks then cover vast areas of the Kansas waters. However, some specimens are also collected from the deep water of North America, Japan, New Zealand, Jordan, Africa, Europe, and Kazakhstan.

The shark’s species are small-sized creatures with a maximum length of 2 to 5 meters or probably 15 feet in length and 500 to 1000 pounds in weight. Have you ever seen Crow Sharks? They somewhat resemble the modern-day Grey Reef sharks. The sharks have a broad head with small but blunt snouts, they have a small set of triangular teeth with a curved crown and serration. The teeth are normally 2.5 to 3 cm in length.

What do Crow sharks eat?

There is not much known about the feeding habitat of the Crow sharks but according to some data reported, they are scavenging creatures that feed on the following items:

Well, this is all about Crow sharks that had gone extinct long ago.

Do you want to learn some interesting facts about other species of sharks that also went extinct? Ok – continue reading!

Fascinating facts about the species of sharks that went extinct!

Change in climate and human activities such as finning and overfishing has led to the exclusion of one-third of species of sharks from the oceans. We have shortlisted some of the shark species that went extinct a long time, here we go:

The Megalodon sharks were the largest predatory creature animal that lived from about 2.3 to 2.6 million years ago. The fossil records depict that the sharks were widely distributed over the globe except in Antarctica. In physical appearance, these sharks looked like modern-day Great White sharks and these sharks weighed 33.9 tons and could grow to a maximum length of 59 inches.

These were the freshwater species that were found living in the open waters of North America and Europe. They preferred to live in water bodies that had dense foliage which provided them with a portion of excess food. The sharks were believed to have been extinct about 260 million years ago.

According to the fossil records of Negaprion Eurybathrodon sharks, they lived for about 2.5 to 5.6 million years ago. Globally, sharks are widely distributed because fossilized teeth are found in all the world’s oceans. They had a classic body shape with two prominent dorsal fins and could grow to a maximum length of 12 inches.

The most common fossils which researchers found are the spines and teeth. The fossil records depict that they went extinct about 65 million years ago. The sharks were small in size and exhibited a remarkable burst of speed when they were in the mood of catching prey. They had a small head with small horns and could grow to a maximum length of 6 to 8 feet or 2 to 2.5 meters.

The Otodus sharks belong to a group of mackerel sharks and went extinct about 23 to 3.6 million years ago. The sharks were ranked as one of the largest predatory species of its time that could grow to a maximum length of 40 inches. Mostly the fossilized teeth of these species have been found in different regions of the world’s ocean and the largest tooth fossil found is 4.1 inches in height.

The Crow sharks belong to a group of Lamniform sharks that went extinct about 60 to 100 million years ago. The largest fossilized skeleton of the Crow shark was found in the Kansas waters, which had a maximum length of 9.1 meters. According to fossil records, sharks can have a maximum length of 15 feet and weigh 500 to 1000 pounds. Other than Crow sharks, there are many species of sharks that went extinct due to human activities and changes in climatic conditions. About one-third of species of sharks have been extinct to date, so a proper conservational program is needed to protect the remaining species of sharks from being endangered and extinct.