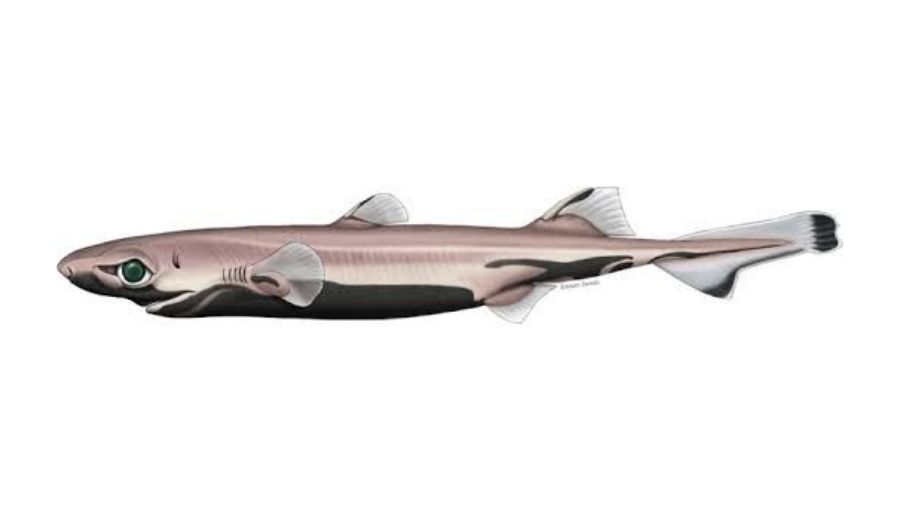 When you heard the word ‘sharks” what do you imagine? Giant and terrifying apex predatory creatures of the ocean like The Tiger shark or The Great White shark. Why didn’t you think of the smallest species of sharks that also thrive deep in the open water? They are even less aggressive and rarely attack humans, they can just nibble your fingers if you allow them. Let’s go through the article to discover the smallest species of sharks and explore more about their mode of survival.

What is the smallest shark?

You were amazed to know that Dwarf Lantern Sharks are the smallest species of sharks in the world.

The Dwarf Lantern shark belongs to the Etmopteridae family. They are mostly found living at the depth of 283 or 439 meters. As Lantern sharks are the smallest species of sharks they inhabit the deep seawater. These species of sharks do not pose any danger to humans because they are smaller than the size of your hand.

Where Lantern sharks are distributed in the world?

The Lantern sharks are not widely distributed, they have been reported to thrive mainly in the Caribbean Sea near the Coast of Venezuela and Columbia at the depth of 290 meters or 950 feet. They have also been spotted a few times on the Northern coast of South America at the depth of 283 to 439 meters or 928 to 1,440 feet.

The smallest known sharks- the Lantern sharks have a long flattened head with two large eyes, they have a small snout, and a large spine. These sharks have multiple teeth arranged in multiple rows in their jaws where the upper jaw is equipped with 25 to 32 teeth whereas the lower jaws have 30 to 40 teeth. The shark’s species have a pair of dorsal, pectoral, pelvic, and caudal fins but do not have anal fins. The dorsal fins are larger than the pelvic and pectoral fins. The skin of Lantern sharks is covered with small needle-like appendages called dermal denticles which give their skin a very sturdy appearance. They are dark brownish with random black patterns which gives them a unique look.

How long is the  Dwarf Lantern Shark?

What makes the Dwarf Lantern sharks the unique species?

The Lantern sharks are blessed with unique features which make them look distinct from the other species. They have a light-producing organ called photophores, which are located near the belly and fins. The photophores allow them to camouflage with the environment especially when they are feeding to protect them from other predatory animals. Moreover, in the night hours, the light of sharks attracts the small creatures, which they feed on in shallow water.

The Dwarf Lantern sharks belong to a group of cartilaginous species, they are known as the smallest shark species living in the ocean water. They are not widely distributed in the open waters like other sharks – you can probably spot them in the Caribbean Sea. The sharks have an average size of 21 centimeters – even smaller than the size of your palm. They have special organs – photophores, which help them camouflage, feed, and shelter themselves from other predators. That’s all about the smallest species of sharks – the Lantern sharks.