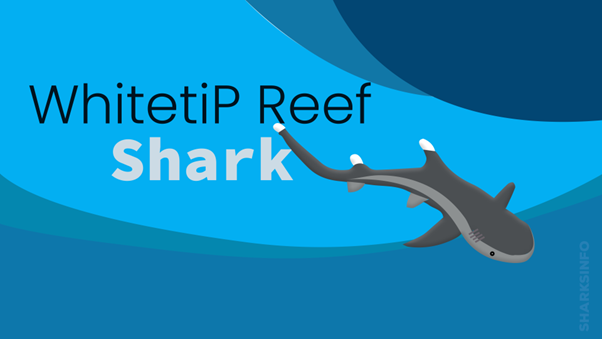 The Whitetip shark also known as the Blunthead shark, scientifically named Triaenodon obesus belongs to the family Carcharhinidae and appeared about 63 million years ago.  They belong to a group of Requiem sharks. The defining characteristic of the member of this family is that they move constantly to breathe. The Whitetip shark is the slowest among all the members but is an active swimmer which allows them to live in the reef environment.  Well, that’s only a brief description, scroll down to grab a handful of knowledge related to Whitetip sharks.

Where In The World Do Whitetip Sharks Live?

They are found in the warm waters of South Africa, the Indo-Pacific area, Australia, the Red Sea, the Pitcairn Islands, Polynesia, the Hawaiian Islands, Melanesia, Micronesia, Panama to Costa Rica, and the Galapagos Islands. These species are spotted in the open waters of Pakistan, Indonesia, Taiwan, Sri Lanka, the Philippines, Burma, and New Guinea as well.

What Habitat Do Whitetip Sharks Adapt?

The Whitetip sharks are bottom dwellers that prefer to live in deep shallow waters in an area surrounded by a coral reef, caves, and ledges. These species can swim at the depth of 26.25 to 131.23 feet or 8 to 40 meters but some species are also seen much deeper reaching a depth of 1,083 feet or 330 meters. These are social sharks with a non-territorial lifestyle and live in their natural habitat for months or even years.

What Is The Physical Appearance Of Whitetip Sharks?

The Whitetip sharks have fusiform and slender bodies with small but blunt snouts. The tip of their fins is white which is why they are known as Whitetip sharks. These species are greyish-brownish on top and white underneath. The skin is covered with small spots of dark grey colors on both sides of the body. They have oval-shaped eyes. Small but sharp teeth – 47 to 50 teeth in 2 rows are embedded in the upper jaw and 44 to 46 teeth in the lower jaw. The sharks reach a normal length of 5.3 feet or 1.6 meters and weigh about 40.3 pounds or 18.3 kg. The largest specimen of Whitetip sharks can grow to a length of 7 feet or 2.1 meters. Sharks can live for about 25 years.

What Do Whitetip Sharks Include In Their Diet?

The sharks are nocturnal that hunt actively at night and rest in caves during the daytime. As the Whitetip sharks are bottom feeders, they include a variety of food items in their menu, such as:

What Behaviour Do Whitetip Sharks Exhibit?

The sharks exhibit active swimming patterns and seem too homey species that love to thrive in their native habitat for years or more. They are not aggressive type species instead they are very calm and friendly species, willing to share their habitat with other species.

Other than that, sharks exhibit viviparous reproductive behavior in which the development of the embryo is followed by internal fertilization. After the incubation time of 5 years, the sharks give birth to 1 to 5 young ones that are just 20.5 to 32.6 inches in length. After birth, the pups are free to live their life independently.

Are Whitetip Sharks In Danger?

According to IUCN, Whitetio sharks are listed “Near Threatened”. Expansion in the practice of fishing and finning pressure leads to the disappearance of sharks from ocean waters. Though no conservational programs have been made to protect these species, if such practices will continue then Whitetip sharks may extinct soon.

Whitetip sharks are the sluggish species of the family Carcharhinidae whose members are always in motion for survival. They have a wide range of distribution all over the globe and prefer to live in the coral reef, ledges, and caves. They are bottom dwellers which includes diversified food items and can reach up to the length of 5.3 feet and weigh about 40.3 pounds. The viviparous species are reported to give birth to 1 to 5 pups in a single breeding season and have an average life span of about 25 years. Due to overfishing and finning, these species are listed as “Near Threatened” by IUCN or might be extinct soon if no conservation efforts are made for them.