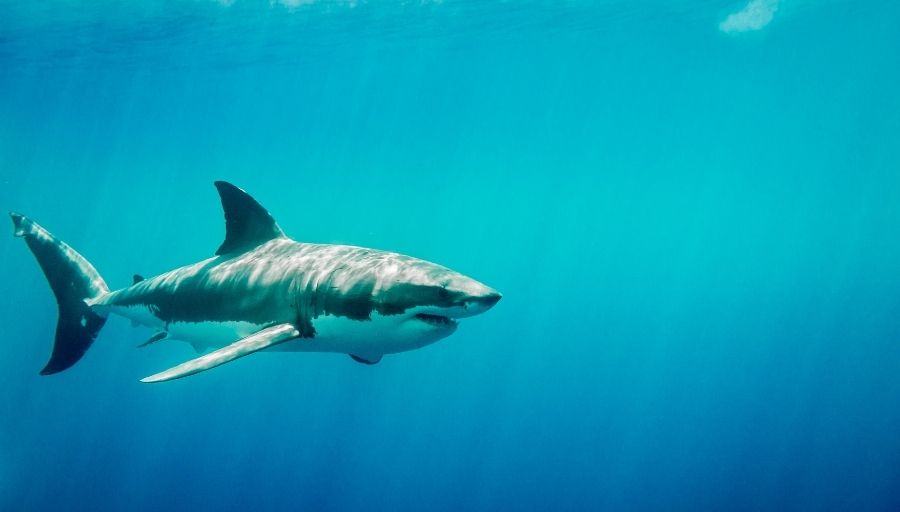 The bull shark is among the few species of sharks that are known to thrive in freshwater. Considering this, it is often believed that bull sharks are found in large numbers in the Great Lakes.

The Great Lakes, aka the Laurentian Great Lakes or also referred to as the Great Lakes of North America, constitute large intersected freshwater lakes with a number of sea-like features. A total occupied area of 94,600 square miles divides the five Great Lakes – Superior, Huron, Michigan, Erie, and Ontario – and they are all joined by a range of ponds and rivers, declared as the largest freshwater structures in the world.

Sharks, on the other hand, are known as sea creatures inhabiting the world’s oceans for millions of years. Since sharks have survived this long, they have evolved into over 500 species, where each species of shark has its own habitat and behavior. In addition, they all have different sizes, colors, and shapes and display dissimilar traits and qualities.

With such a diversified ecosystem, sharks have been dwelling in all major oceans of the world, and they are also found in various lakes and rivers across the world. Out of all species, the bull shark is the one known for its capability to thrive in freshwater. What’s more surprising is that the bull shark is among the top 3 shark species responsible for most human attacks and is therefore regarded as one of the most dangerous species.

It is important to figure out whether the presence of bull sharks is a myth or a fact since tourism, transportation, and recreation are major industries flourishing on the Great Lakes. If it’s a fact, safety precautions can be taken, and if it is just a myth, the industries can carry on their work without worrying about shark attacks.

Without further a bit, let’s get the misconception clear and see if Bull sharks in the Great Lakes are real or a factious story.

Are bull sharks found in the Great Lakes?

As there have been no scientific reports of sharks in the lake, this myth is just that – a myth.

Can a bull shark survive in a freshwater lake?

A shark’s habitat is heavily influenced by its aquatic environment. Sharks are not territorial fish like other sea fish that migrate through tropical, polar, or temperate waters. As a result of their salty or brackish water needs, sharks are not comfortable in freshwater bodies.

Among the hundreds of shark species on earth, bull sharks are one of the few species capable of altering their physiology. It is possible to find bull sharks in freshwater anywhere in the world, from South America’s Amazon to Central American lakes. Despite this, the Great Lakes don’t have bull sharks, leaving us to wonder why. Let’s explore it out.

Why are bull sharks not found in the Great Lakes?

There are more than 500 species of sharks, each with a particular habitat that suits their body type and needs. The bull shark is the only kind of shark that is suited for freshwater, and no other species does well in such an environment. However, when it comes to the Great Lakes, it makes people wonder why bull sharks don’t live here.

The Great Lakes have a relatively low water temperature, making it unsuitable for most shark species, including the Bull Shark.

The Bull Shark could probably be the only shark to live in the Great Lakes due to its ability to recycle salt through its kidneys and its ability to survive in freshwater environments, but the water temperature does not allow it so.

Besides, even if bull sharks were to be found in the Great Lakes, they won’t have other shark mates there, and there will also be a lack of food.

The Great Lakes are home to a variety of marine creatures, including popular fish species such as trout, bass, American eels, and bluegills. With that said, sharks do not inhabit the Great Lakes; even the bull sharks are not found here despite being able to thrive in freshwater. This is mainly because the temperature at Great Lake is too low for the bull sharks to bear.

In recent days, the myth that bull sharks lived in the Great Lakes went viral, but now the myth has finally been dispelled.