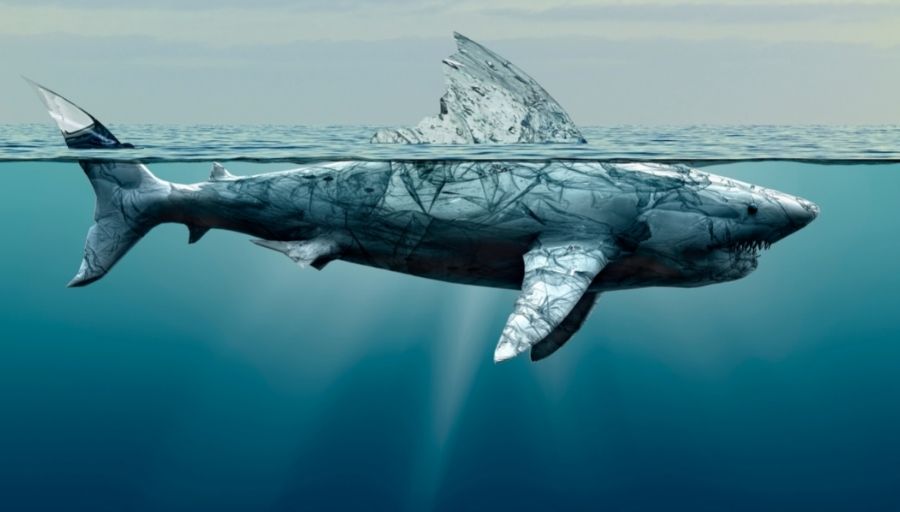 Do Sharks Have Swim Bladders?

Most fish use a swim bladder, filled with gas, to keep them from sinking to the bottom of the ocean, as they are usually heavier than the water that they occupy but sharks don’t have swim bladders. To maintain buoyancy they use these three mechanisms;

1. How Sharks Maintain Buoyancy With Their Liver

The shark liver has a low density and a specific gravity of 0.855, making it the optimal material to assist the shark in maintaining buoyancy, as it is lighter than water. In recent years, researchers have recognised the potential health benefits of squalene, and some proposed that sharks be hunted for this important substance. However, it is has been decided to extract the squalene from vegetable oils in order to preserve the precious shark species.

The shark’s liver makes up as much as 25 % to 30% of the entire body mass of the animal. Squalene is a natural compound that all animals produce. It is a hydrocarbon and triterpine and, in humans, it assists in the synthesis of steroid hormones, cholesterol and Vitamin D.

Another method that the shark uses to ensure buoyancy is called “dynamic lift”. This is achieved by using their Pectoral Fins (those on their belly) to create a lift beneath them. This is similar to what a bird does with its wings. Their Pectoral Fins are well developed for this purpose. However, it implies that the shark has to keep moving in order for this method to work.

It also means that they can only swim forwards. If they need to go in the opposite direction, they either drift back in a current, or they turn around. The Caudal Fin, or tail, is also used extensively for the purpose of maintaining buoyancy as it thrusts the shark in a forward direction, keeping it moving rapidly.

A third way that the shark’s buoyancy is aided by its design is its cartilaginous structure. Bone is much heavier than cartilage. In fact, cartilage is about half the density of bone. Therefore, the complete exclusion of bone makes the shark lighter and more agile, preventing it from sinking under its own weight, which can be significant in larger species.

How Sharks Control The Buoyancy Mechanisms

Interestingly, the mechanisms enabling buoyancy can be controlled when the shark goes into a state of tonic immobility (deliberate) or thanatosis (reflex). This is an adaptation that has been designed to escape dangers from predators and is a state of paralysis, appearing dead to the predator. The animals will usually remain in this state for about 15 minutes before recovering.

The shark is built for hunting prey and swimming in both fast and slow spurts. Its ability to remain buoyant is of utmost importance for its survival and its hunting habits.