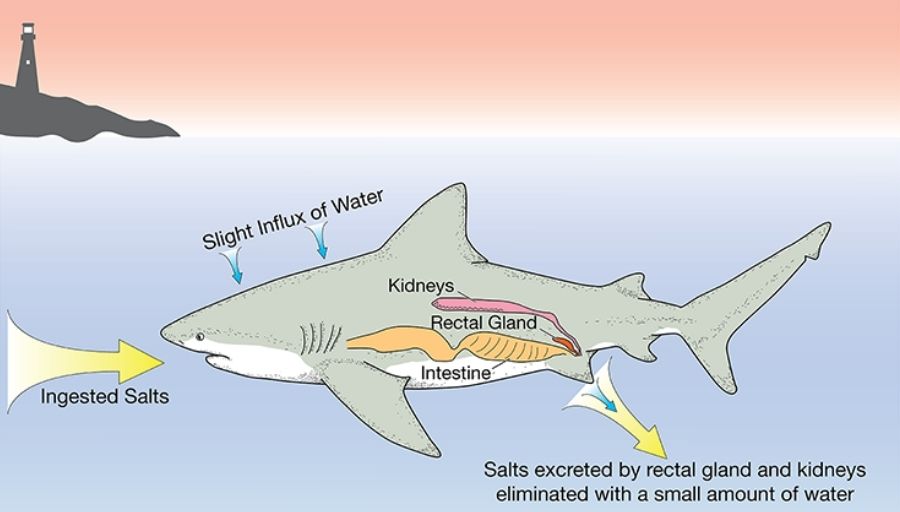 For any organism, maintaining osmoregulation is nothing less than a terrifying challenge. Osmoregulation is the maintenance of water and mineral salts in the body. The inner environment of an organism is always different from the external environment. To regulate this imbalance, they perform the process of osmosis. But what exactly is osmosis? Let’s have a look.

In osmosis, the molecules of water travel from the section of higher concentration to the area of lower concentration along the gradient. The process of osmosis doesn’t require energy but the water molecules have to confront the semi-permeable membrane.

The kidneys have been assigned the duty of osmoregulation in living beings, but not all. In case of any ion imbalance, the kidneys frequently inspect it and start performing their duty to amend any disturbance that happens in the body fluids.

In a hypertonic environment, the ion concentration of the cell increases while water is scarce, so the cell is required to perform osmosis in which water enters the cell, and this is the endosmosis type of osmosis. If this condition is not treated at the right time, the cell will shrink because of not enough water in the cell, and eventually, the cell will die.

In a hypotonic Environment, the water level is greatly increased, and the cell becomes turgid. To bring the cell to its normal condition, osmosis will occur, and the water starts leaving the cell until homeostasis is attained. The leaving of water molecules from the cell is defined as exosmosis. If this condition is remained untreated, the water levels will be increased to the maximum, and ultimately cells will have to confront death followed by bursting.

In an isotonic condition, the internal, as well as external environment, will remain constant. The internal region of the cell will have the equivalent concentration of ions and the same level of water as in the external environment. The organisms that don’t need to perform osmosis or are isotonic in nature are known as osmoconformers or ion conformers.

The mechanism of osmoregulation in sharks is stated below:

As mentioned earlier, most living organisms find it difficult to regulate the critical process of osmoregulation but to overcome this challenge; the shark has adapted an isotonic way of maintaining osmoregulation.

That is why sharks’ families have been included in the list of osmoconformers or ion conformers. It means the shark uses the same ions that are present in the seawater for keeping their body fluids isosmotic with marine water. In such conditions, water will not flow either way.

The shark does not use its kidneys for osmoregulation; rather, it is the rectal gland that has been specialized for the regulation of body fluids. The rectal gland is composed of many minute tubules that perform the excretion of extra salts that accumulate in the shark’s body.

3: Organic Compounds that Help in Osmoregulation

Osmoconfomers maintain osmolarity according to seawater, but that does not mean they have the same ionic concentration as the seawater. The composition of shark’s blood has a conspicuous percentage of some organic compounds like Urea and Tri-Methyl Amine Oxide (TMAO). Because of these organic compounds, sharks cannot survive in a freshwater environment.

Sharks store urea on a very large scale which helps them to attain isotonicity. But then, urea has a very damaging effect on some enzymes that are important to maintain metabolism. To counter this effect, Tri-Methyl Amine Oxide (TMAO) comes into action and protects protein by preventing the breakage of peptide bonds. The excess salts that are taken up at the time of breathing are excreted by rectal glands. That’s how a shark regulates osmoregulation.

Adapting isotonicity and becoming osmoconformers is the most significant level of evolution that sharks have achieved. Osmoregulation is an extremely important mechanism that has a check and balance system over the gain and loss of water and mineral salts.

Sharks change their internal environment or internal salinity according to the external requirements of osmolarity and keep it constant throughout time. In addition to kidneys, sharks have another organ for osmoregulation named the rectal gland that excretes the accumulated salt out of the body. We expect that you are now acquainted with how sharks maintain osmoregulation.