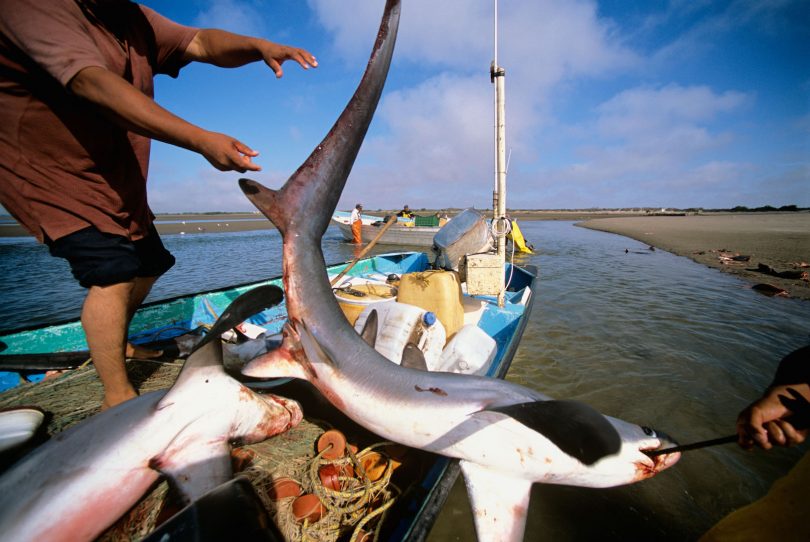 Dwelling in the world’s oceans for thousands of years, it is through the fins of sharks that they are able to stabilize, steer, lift and propel in the waters. An integral part of a shark’s body, each fin performs a different function. Now think of taking away the shark fins from their body and leaving them back in the waters. Yeah, it looks nasty, but the practice is being carried out in different parts of the world, and it is what you call shark finning.

What is shark finning, and why is it done?

The deed of shark finning demands removing shark fins and throwing back the rest of the shark body back into the water. In most cases, sharks are still alive when they are discarded, but they do not have their fins.

Shark finning is done to get the fins of the sharks but for what purpose? Well, there are multiple reasons. There is a great deal of cultural and monetary value to shark fins, which makes them tempting targets for fishermen. A popular dish around the world called shark fin soup; is made from shark fins and is considered a status symbol in China.

Due to high demands, the fisherman takes only the shark fins as it is easy to transport as compared to the whole shark. In a nutshell, fins are the profitable part of the shark’s body, and therefore, fishermen leave the shark back in the waters and take only the fins, making a huge profit out of it.

Does shark finning hurt the shark?

Fishing vessels usually take sharks alive, slice off their fins, and throw them back into the sea, where they die from suffocation, bleeding, and being eaten by other creatures. This is nothing less than cruelty and how it cannot hurt the sharks. It’s not only hurting them but leading them to death.

The practice of shark finning affects not only the individual sharks but the ecosystem as a whole.

The global population of sharks is declining at a rate higher than sharks can replenish their numbers. Sharks number over one hundred million are estimated to be exterminated each year by humans.

Sharks mature slowly, reproduce slowly, and give birth to few offspring, which makes them susceptible to extinction. Threatened or endangered shark species make up more than one-quarter of all known shark species. It will not be wrong to say that demand for shark fins is among the main reasons for the decline in the shark population.

Remember that sharks are apex predators, and the decline in their population would heavily impact the ecosystem as well.

We are experiencing huge imbalances in marine communities across the globe because of the disappearance of sharks. Without sharks, our oceans are at risk, as are livelihoods and economies that are dependent on the ocean.

All in all, the world isn’t going to be able to uphold the repercussions of shark extinctions.

Research suggests that sharks’ role in ecotourism can be far more valuable to shark fisheries. So, is there anything being done to eliminate this practice of shark finning? Let’s take a look.

What is being done to end shark finning?

Today, shark conservation is more important than it was ever before.  Thankfully, there is an increasing awareness of the importance of sharks to ecosystems and humans, and officials are implementing various measures to protect sharks. In order to ensure the survival of species, the CITES regulates international trade in species.

Furthermore, many countries are enacting their own protections: The 2010 Shark Conservation Act, for example, requires that all sharks brought ashore in US waters keep their fins attached. Many other countries have also joined the cause and declared shark finning illegal.

You can also contribute to this cause individually in a number of ways, such as by spreading awareness about the importance of sharks and boycotting restaurants that are getting shark fins through illegal means.

The practice of shark finning involves getting off the fins from their bodies and leaving the rest of the sharks back in the water. Sharks without fins end up dead in no time. The fins of sharks are used for commercial purposes, causing millions of sharks to be caught each year.

When sharks are eliminated from ecosystems, ripple effects can be felt across the ecosystem as a whole. In light of this, it is crucial to raise awareness and stop shark finning before it is too late.