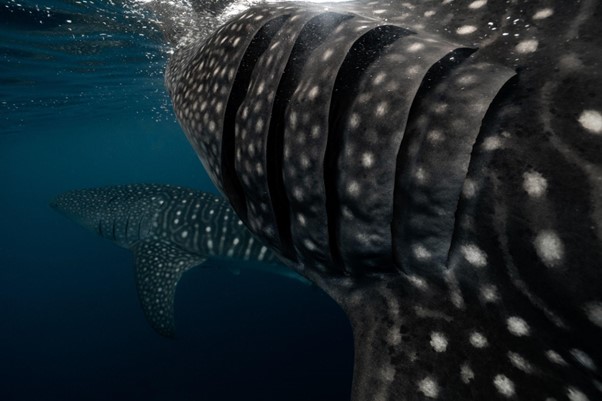 Sharks like humans and other land animals have well developed sensory systems, the sensory organs are specialized to the underwater habitat of sharks. One of the main reasons for sharks being the top of the food web is their strong senses. These acute senses of sharks work collectively and help the sharks in their living and hunting the prey. If sharks lack any sense then it will hinder their ability to hunt.

Sharks have more sensitive senses than humans! It is interesting to know that sharks do not have only 5 senses, they have more than 5 sensory organs! Highly developed sensory system! Let’s drool into the details to know more about the senses of sharks!

How many senses do sharks have?

Is it true that sharks have more than 5 senses?

The sensory system of sharks is highly developed, the supremely adapted senses and physiology through the evolutionary changes makes them effective hunters of the oceans. Despite having 5 senses (vision, hear, smell, taste and touch), sharks are also capable of detecting pressure changes and electrical fields in water waves!

Moving on to open the mystery box!

The sensory system of sharks is categorized into 7 sense organs that are listed below:

Sharks can see 10 times much better in dim light than human beings, their eyes are specifically adapted to see clearly in the dark or murky ocean water. They can see 20 to 30 meters far away from them. The sense of vision is not same in all sharks, some sharks have well developed visionary organs whereas other have poor sight and are sensitive to light – they prefer to live in the dark part of the ocean

Like other fishes, sharks are capable of contracting and dilating their pupils by reflecting various quantities of lights to create the clear image on the retina of an eye. Sharks eyes are covered with the proactive layer of tissues called tapetum lucidum (a layer of shiny cells present behind the retina) which reflects the light and improves the vision of sharks in low light, that’s why most of the sharks species are nocturnal and hunt effectively in dark.

Sharks are extremely well developed olfactory organs but the idea that sharks can detect a single drop of bold mile away is just a hyperbole! Sharks have pairs of nostrils located under their snouts, when they swim, the water flows over the nostrils, and the smell then enters the nasal duct and reaches the sensory cells. The nostrils of sharks are not used for breathing like humans, in fact they are specialized for smelling various scents. Some species of sharks such as wobbegong sharks and bamboo sharks have small hair-like projections near the nostrils called as barbels – act as antennas or whiskers which also helps them to detect different scent.

Sharks do not have external ear lobes!

They have only one inner ear with a small outer opening on both sides of their head! Sharks are very sensitive to low frequency of sound signals – acute sense of hearing! They can promptly detect the sound of injured prey and follow the sound until they spot the prey because under the water, sound travels faster than the outer atmosphere, sharks can detect sounds in a wide range as compared to humans.

They can detect the sound waves from a distance of 250 meters or even more. The sound frequency of 25 to 100 hertz is more effective to attract sharks! The ears of sharks are made up of 3 cartilage tubes that are filled with fluid and lined with tiny hair cells. When the sound waves reach the small openings, the hair cells vibrate and the sound is interpreted by the brain. The inner ear of sharks can also detect sound, gravity and acceleration.

The taste organs of sharks are not well developed and studied extensively as compared to other sensory organs. The taste buds of sharks are located all over in the mouth and throat, on the opposite sides of the tongue. Sharks are not choosy about the food, they feed on everything they find but if the food is not palatable then they spit it out – which means that taste is the final acceptance or rejection of food items. This is the reason sharks attack humans, they bite, taste and set them free!

The skin of sharks bears many small scales like structures called dermal denticles, which helps them to detect different surfaces. Numerous nerve endings are present under the shark’s skin to detect the type of touch. Moreover, the teeth of sharks are also helpful to identify the touch. The teeth with stretchable jaws have sensitive nerves to detect the pressure, when they bite their prey!

Electroreception – the sixth sense of sharks! Sharks bear special organs called Ampullae of Lorenzini which helps them to detect small electric fields in water produced by ocean creatures which play hide and seek with ocean beasts. These electroreceptors are present on the head and snout of sharks, they are small pores like structures with sensory cells covered with many nerve fibers. According to the reported data, the electroreceptors can also detect changes in temperature, mechanical stimuli, salinity and magnetic fields.

The lateral line system allows sharks to detect changes in the pressure of flowing water. The system includes a pair of tubes present on both sides of the shark’s body extended from head to tail. If a prey or predator comes in the vicinity of sharks, the water flows over the lateral lines, activating the sensory cells called neuromasts to  detect the vibration in water waves – thus alerting the sharks about the coming prey or danger!

Sharks live humans have well developed senses including sense of vision, smell, hear, taste and touch. As sharks are living in the oceans long ago, they undergo various adaptable changes, they have 2 more incredible senses – the sense of detecting electrical fields and changes in pressure. These remarkable 7 sharks make them the top predator of the marine and aquatic ecosystem. Interestingly, all the senses work together, if any of the senses is taken away then the sharks will lose the exceptional abilities like hunting the prey vigorously and swiftly!