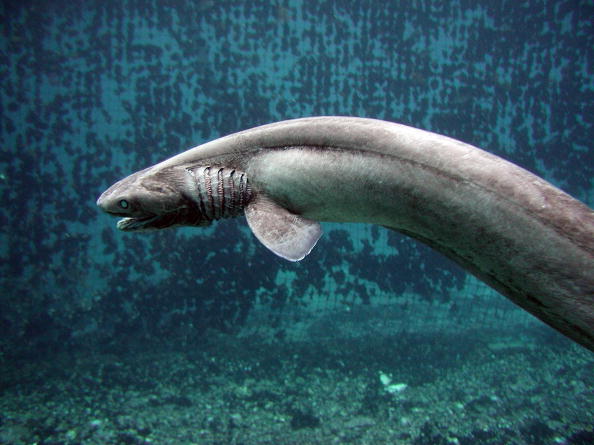 Dinosaurs and sharks are both the craziest and the most fascinating animals ever to exist on this planet. While dinosaurs are no longer here, you will see a variety of shark species dwelling in all major oceans of the world. Both creatures are thought to be mysterious and yet the most horrifying in nature. You may deal with them separately, but have you ever heard of the dinosaur shark?

Many people have speculated that dinosaur sharks exist, which has resulted in greater fear as people believe these sharks will be more frightening and may combine the characteristics of both species. Does that really hold true, and what exactly is a dinosaur shark? We are soon going to know all about it.

Is a dinosaur shark real?

The dinosaurs and sharks are both dangerous beasts in their respective habitat, and it will be more dangerous if there exists an animal with the capabilities of both species. Before you get nervous about it, know that no such animal exists, but it is the name given to the species of shark known as the Megalodon.

In the later section, we will discuss the Megalodon, but let’s first see if this shark just resembles dinosaurs or if it is an actual dinosaur.

Is a Megalodon shark a dinosaur?

There has been much debate over whether the Megalodon shark was a dinosaur. While Megalodon existed millions of years ago, their existence can’t be directly related to the dinosaurs who perished around 66 million years before. As it turned out, it can be presumed that the two never coexisted. As a matter of fact, sharks were here long before the dinosaurs existed.

But what do you know about Megalodon? Let’s go deeper into it and see what it is.

It is hard to imagine a more terrifying animal than a great white shark, the most dangerous species in the world today. However, Megalodon sharks are so terrifying they make any great white look like a tiny little wuss. Fortunately, or you can say, unfortunately, Megalodon does not exist today. While you may want to know the reasons why they went extinct, the fact is that Megalodon is the largest species of shark or fish ever to be found in the oceans.

Due to its enormous size, it remains in the spotlight and is also known as the dinosaur shark.

The shark and the dinosaur have both been thought to be incredible species; however, their habitats differ 360 degrees from each other. The shark resides in the ocean, while the dinosaur is found on land. However, the term dinosaur shark was so popular that people started to believe there existed an animal with this name. As this article clarifies, it was the name given to the Megalodon, the largest species of sharks ever to be caught, though it is no longer found today. Next time you hear the name dinosaur shark, do not be scared and let others know it is the Megalodon.