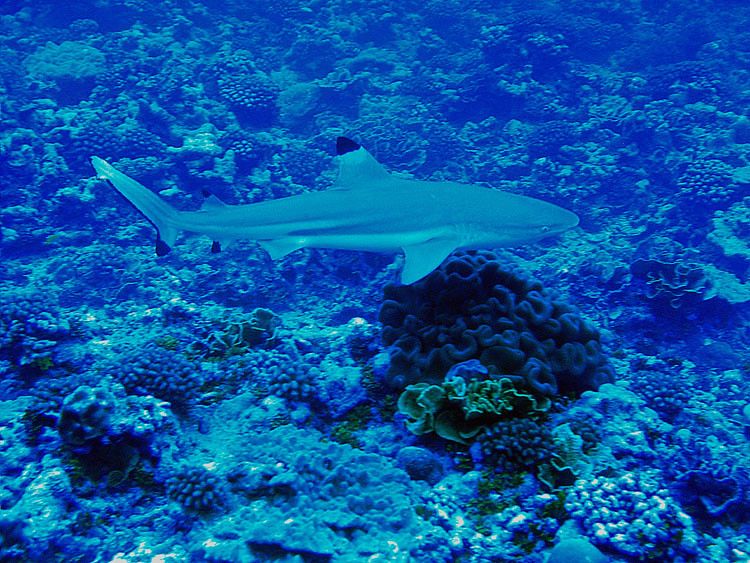 In spite of popular belief, sharks are very affectionate creatures, and they provide a great swimming experience for divers and snorkelers alike. Most of us would consider it a once-in-a-lifetime experience if we had an opportunity to swim with sharks.

With that being said, sharks are present in large numbers throughout the world’s oceans, rivers, and seas. It has been discovered that there are over 500 species of sharks, and still, there are types that are yet to be found. Check out how many different types of sharks are there.

Hawaii and Florida are among a few places in the United States famous for shark diving and tours. Tourists from around the world gather there, especially during summers, to have a glaze or to have a chance to swim with sharks. If you are looking for a chance to visit, do read about where sharks are mostly found in Florida and if Hawaii has shark-infested waters or not.

Along with enhancing ecotourism, sharks do have a critical role in maintaining the species diversity and keeping the marine life population in balance. Without sharks, the marine world would turn into total turmoil.

As much as we love to see sharks around, the fear of shark attacks keeps following us at all times. We should learn about the shark’s habitat, their behavior, diet, and all; only then can we make a great understanding and can live with them with no worries. Aside from that, knowing what a shark habitat is is important for us all in order to keep the blue oceans safe and booming.

Habitat refers to the area or place where an animal lives. Sharks, as a matter of fact, are considered marine animals and are often related to fishes in terms that they breathe through gills and might not be able to survive for long without water. For this, most sharks live in the ocean, so you don’t have to worry about running into one in a pond, river, or lake; however, some species of sharks are found there as well.

Moving forward, sharks are also known to be adaptable in nature, which means they can become accustomed to different environments with no difficulty. Plus, when it comes to diet, it’s not a problem. Sharks are fierce predators, and they can eat a wide array of ocean animals, including fishes and other small sharks too. Learn more about sharks’ diet here and what are 5 things sharks eat?

Sharks move around frequently since they can adapt to a wide range of circumstances and abundance of food items available, so they don’t make a permanent residence in one place. As a matter of fact, there are shark species that need to keep moving in order to survive; thus, sheltering in one place is not at all feasible for sharks.

Moreover, sharks do not need to build a home or stay at a single spot since they do not need to take care of eggs. Immediately after hatching, baby sharks can take care of themselves. Feeling confused? Do check out if sharks are mammals or do they lay eggs and clear your doubts.

What are the threats to shark habitats?

It is humans who are the greatest threats to sharks and their habitats. Aside from polluting their homes and hunting for food, sharks are being killed in large numbers and for many reasons. People justify shark killing while relating it to the number of shark attacks, but when you look at the statistics and how many people have been eaten by sharks, the claim ripples down to the ground.

While sharks are being killed in thousands, only a few people are laid into by sharks.

Besides, overfishing around the world is another major factor that is creating a huge impact on the shark population. Demand for shark products that include shark leather, meat, oil, fins, and even teeth and jaws are being supplied and used for a variety of applications.

Shark finning is another concept in which fins are taken off the skin, and the body is discarded while the shark still breathes.

This all-human activity, when combined with climate change, and other factors, creates a significant imbalance, and as a result, you will see the shark population going down.

The disappearance of shark species can also be attributed to climate change, pollution, and habitat destruction, while for healthy oceans, sharks must be protected.

What is the best habitat for sharks?

There are sharks everywhere on the planet, living in shallow waters to deep seas, on the ocean floor to the open ocean; some species are coastal, while others live in deep waters.

Most living in ocean habitats; you will find them in tropical regions, in the depths of the ocean, and even in the ice of the Arctic Ocean.

What can you do to conserve shark habitat?

Sustainability and preservation should be on everyone’s mind since it’s essential for living not only for marine animals but also for humans. If you help save sharks, the shark will help you provide healthy oceans. Following are the elements you can do at your level.

– Sharks are considered dangerous to humans, but it’s not the case. Only a few species are regarded as a threat to humans, while others are kind in nature. So, do try to learn about sharks as much as you can.

– Avoid consuming products that are made using any of the shark’s body parts or even the shark’s meat.

– Do not fill your oceans, rivers, and seas with garbage and trash. It’s home to sharks, and polluting them will severely impact on their development and reproduction.

– Go shark diving, indulge in eco-ecotourism, and at the same time, educate people about the importance of sharks.

All oceans of the world offer the possibility of seeing a shark, whether you are surfing coastal waters or about to dive deeper into the ocean. However, there are shark species that prefer one place over the other. Take a look at the 15 most popular types and learn what makes each of them unique.