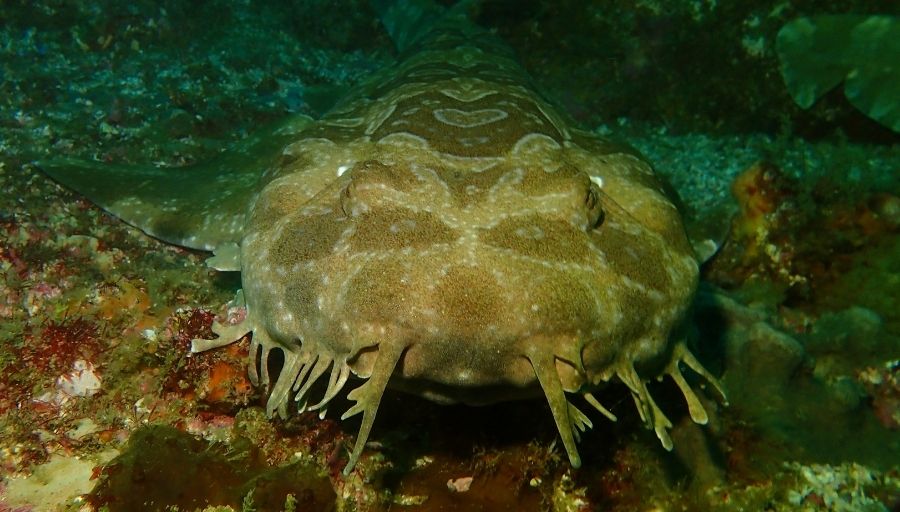 More than 30 to 40 species of sharks are grouped in the order Orectolobiformesalso known as the Carpet sharks. They are named so because their color and patterns on the skin look like a carpet. The carpet sharks are a miscellaneous group of sharks that differs in their physical appearance, size, habitat, and diet. To know more about this group, read on to find out interesting information about carpet sharks!

What Is the Scientific Classification of Carpet Sharks?

The Carpet sharks are a group of 30 to 40 species that belong to the Phylum: Chordata, Class: Chondrichthyes, Subclass: Elasmobranchii, Order: Orectolobiformes. The Order Orectolobiformes is further categorized into 7 families and 13 genera.

Where Do Carpet Sharks Are Found?

Over the globe, the Carpets sharks are found in almost all the oceans, they are mostly found living in the waters of the tropical and temperate regions but mostly they are spotted in the Western Indo – Pacific areas and in the deep waters of the Australian regions.

What Are the Characteristic Features of the Carpet Sharks?

The diverse group of Carpet sharks possesses various distinctive features. The sharks can vary in size from 3 cm to 14 meters in length, they have spotted patterns on the skin,  2 dorsal fins without spines, a smallmouth, in front of the eyes, 5 small gill slits, well-developed sensory organs, and barbels which are emerging out of the throat and nostrils. The spiracles are located underneath the eyes which help them in breathing. A few species of Carpet sharks also camouflage with their environment which is why sometimes it is challenging to spot them. The dietary items included in the menu of these sharks are small fishes, crustaceans, and mollusks because they are the bottom dwellers who spend most of their time near the floor of the ocean.

How Do Carpet Sharks Reproduce?

The reproductive phenomenon of the Carpet sharks varies from species to species. Some species such as The Arabian Carpet shark are oviparous and lay eggs enclosed in a leathery egg shell directly in the water whereas other species such as Nurse Sharks are ovoviviparous – the fertilized eggs remain inside the mother wombs and the developing embryo obtain nutrients from the egg yolk, after the completion of gestation period the sharks gave birth to young pups which are set free to live independently in the wide oceans.

Which Species fall under Carpet Sharks?

Following are the most prominent species of sharks that fall in the order Orectolobiformes:

Is the Carpet Shark in Danger?

Yes! Carpet sharks are listed as threatened by International Union for Conservation of Nature and Natural Resources (IUCN) because of human activities such as overfishing, finning, and unintentional bycatch. Moreover, the change in climate and destruction of the habitat also affect the population of the Carpet sharks.

There are 30 to 40 species of sharks that are categorized under the title of Carpet sharks, they are named so because of the carpet-like patterns on their skin. The sharks are widely distributed in the ocean but mostly spotted in the Indo – Pacific waters. The length of species varies from 3 cm to 14 meters – the largest Whale sharks belong to a group of Carpet sharks. Most of the species of this group are bottom dwellers, they reproduce either by oviparous or ovoviviparous methods. Despite all this, a proper management program is needed to conserve these fascinating species, otherwise, they might go extinct because they are already listed as threatened species by the International Union for Conservation of Nature and Natural Resources!