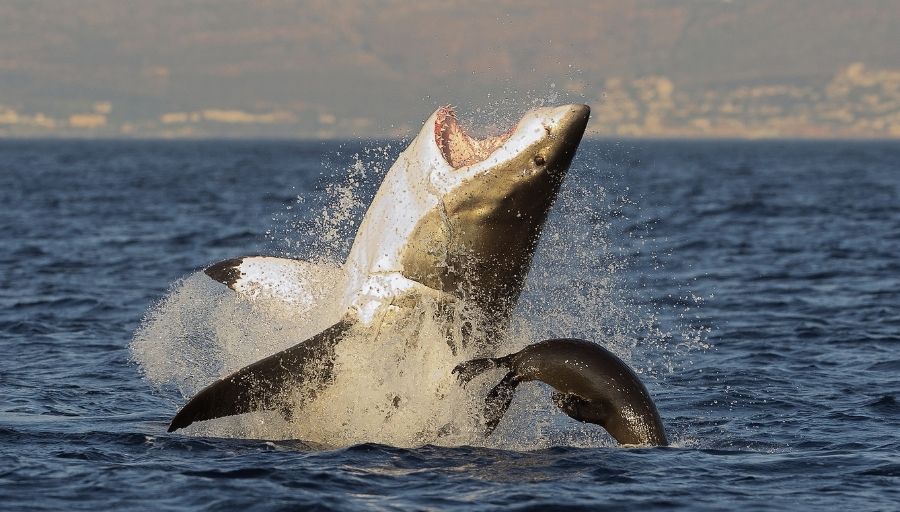 The species of Mackerel sharks are distributed in almost all the oceans and seas over the globe but mostly they are spotted in the open waters of the Pacific, Atlantic, and Indian Oceans. They prefer to live in the warm waters of the tropical and temperate regions whereas some are also spotted in the shallow and coastal waters along the continental slope regions. They are deep swimmers and can swim at the depth of 600 to 4,000 feet.

What are the physical characteristics of Lamniformes?

What do Lamniformes eat?

All the species of Mackerel sharks are predatory animals that hunt actively during the night hours. They feed on the fishes belonging to small families such as bony fishes, sharks, rays, invertebrates including squids, crustaceans, octopus, gastropods, marine mammals such as dolphins, marine turtles, whales, and oceanic birds. However, some species prefer zooplanktons on their menu, and some lamniform sharks feed on the members of their own families as well.

Which species are included in the order Lamniformes?

The following 15 most famous species of sharks are categorized under the heading of Mackerel sharks:

What is the conservation status of Lamniformes?

Many species of Mackerel sharks have been considered threatened or extinct by IUCN. The population of many important shark species has been declining day by day due to human activities or climate changes. The Basking sharks, White sharks, Short and long fin Mako sharks, two species of Sand tigers, and three species of Thresher are listed as Vulnerable species whereas the Crocodile sharks are listed as Near Threatened. The Goblin sharks are classified as Least Concern species whereas Big eye sharks are listed as Data Deficient species as they have been rarely seen because of their deep water habitat.

The Order Lamniformes comprises 22 species which are classified into 10 different families.  The species are widely distributed in the Pacific, Atlantic, and Indian Oceans at the depth of 600 to 4,000 feet. The Mackerel sharks range in size from 3.3 feet or 1 meter to 49 feet or 15 meters in length. Almost all living creatures from small crustaceans to giant whales are included in their menu. However, the population of species is declining by human activities or changes in climate, thus a proper conservation program is needed to prevent the species from going extinct.